Eventing fans, be sure to tune in tonight on the USEF Network for live coverage from Wellington, Florida of the PRO DerbyCross!

The PRO DerbyCross will be one of the features of Nations Cup night at the FTI WEF. Olympic Gold Medalist David O'Connor will host a course walk at 5 p.m. followed by the PRO DerbyCross Team Competition at 5:30 p.m.

Along with Olympian Leslie Law (Team GBR, Boyd Martin (Team USA) will host the two and a half hour team competition featuring five teams. Teams are composed of, three event riders, one show jumper and one polo player. Each team member will jump a course featuring cross-country fences and show jumps accompanied by music spun by DJ Gabriel Nino. A combination of cross-country and show jumps, the course demands bravery and accuracy from horses and riders all while competing against the clock.

Note: a few substitutions have been made for the above polo players but we do not have an updated list. Bobby Costello replaces Jennie Brannigan, who broke her collarbone in a fall from a young horse last week.
Posted by Amber Heintzberger at 10:56 AM 1 comment: 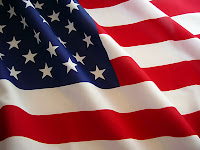 Obviously the big news as of yesterday is that the race for the next American coach has been narrowed down to David O’Connor and Leslie Law. Both of these guys are Olympic champions and terrific coaches and either of them would definitely make an excellent coach for the American team.

What I must get off my chest is that I’m absolutely flabbergasted that the proposal presented by Phillip and Bobby failed to even make the second round of the selection process without consideration.

I’ve had extensive coaching and training from Phillip over the last three years and this guy has turned me into the successful rider that I am today. He’s shared with me his philosophies, training methods and personal intuition and turned me into one of America’s leading riders. In my heart of hearts I truly believe that if Phillip could get this job as the US coach, he could do the same thing that he’s done for me for a huge number of riders dreaming of representing the United States in eventing competition.

Before the final interview with the search committee I was privileged to spend an evening with a few friends of Phillip and Bobby as they had a practice run, going through their proposal, before meeting with the selection committee. Their ideas for attracting owners and sponsors to the sport and improving America’s performance on the world stage are breathtaking. I was so impressed with their thoughts and ideas for the next generation of riders, I left the proposal preview assured that the search committee would at least extend their ideas to the final round.

To me, as one of American eventing’s representatives, I think it’s an absolute disgrace that the opportunity for the riders’ voices and the riders’ opinions, on hearing out the proposal, has been squashed before it even made it to the table. From the way I see it, the search committee did not take into account the proposals made by the applicants; from an outsider looking in, they had their minds made up before the phone call was even made. Phillip and Bobby’s proposal was exceptional and that their ideas were not made public to the Active Athletes Committee is a disgrace. These are the people who will ultimately be influenced by the chosen coach, and I feel that the selection of our coach has been taken away from the riders.

Make no mistake, I think either David or Leslie would make a great coach and would have my full support, whoever is chosen. The disappointing part to me is that the members of the Active Athletes’ Committee will not even have an opportunity to look at Phillip and Bobby’s plan and to me that is outrageous.

-Boyd
Posted by Amber Heintzberger at 7:48 AM 17 comments:

Ringwood Murphy
I want to send out a big congratulations to George and Gretchen Wintersteen on the quick and surprise sale of their imported Irish Sport Horse Ringwood Murphy who I've had in training for about 12 months. They brought this gelding over from the Ringwood Stud in Ireland 18 months ago and he made a quick and successful transition up to preliminary level before his sale was completed this week. I'd like to thank Courtney Cooper from C-Square Farm for being the agent and broker in the deal with a buyer from California. I wish Murphy all the best in his travels and his competition career on the West Coast and would also like to thank Gretchen and George for trusting me as this horse's trainer for the past year. 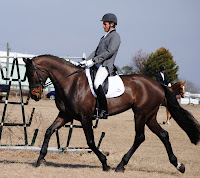 I'd like to say a big congratulations to Jessica Iorio who purchased Roulette, a young event horse that we've had in training thanks to Nicole Scullion of Maryland. This is a very impressive horse that I just started eventing in Aiken this year. She just won the beginner novice at Full Gallop with a final score of 18! She's a big moving, super jumping, gorgeous mare that I am sure we will all hear of again in the future. I wish Jessica all the best and congratulate Nicole on the sale.
Posted by Amber Heintzberger at 7:25 PM No comments:


It looks like this year one of North America's greatest events is going to evolve into one of the world's greatest: the Bromont three-day in Canada is one of my favorite events in the world and by the look of their promo video they're making it bigger and better than ever. You truly feel you're in a different country at Bromont, the site of the Montreal Olympics, as all the commentary and street signs are in French and you're competing against a lot of the Canucks you've never met before. It's a fun atmosphere with a true three-day event feel, with excellent footing and a well-built course. They've put a couple million dollars into it in the past year and the stadium for dressage and show jumping is now one of the better arenas worldwide.
I'm looking forward to competing there again; at the moment I've got a couple of horses I'm considering taking to the 2011 event. Winning the three-star there is one of my goals since in 2008 I won the two-star on Galileo and in 2010 I won the one-star on Minotaure du Passoir, so it's my goal to complete the Trifecta!

Please take a moment to watch this video sent to me by my good mate from Canada, Peter Barry.

-Boyd
Posted by Amber Heintzberger at 8:46 PM No comments:

Hello there Folks,
We still have a great group of event horses here for sale down in Aiken, SC.  They all have had quality training and solid competition performances after being in training for this show season.  We have a great variety of horses & I urge anyone on a limited budget looking for a great deal, or someone who has some a bit of cash to spend, to contact me to see if any of these horses would suit you or your client.
A link to their sales pages and YouTube videos are below!
Cheers,
Boyd
610 806 2381
New Listing! - Double Dare
http://www.youtube.com/watch?v=0vwWPtY_cZU 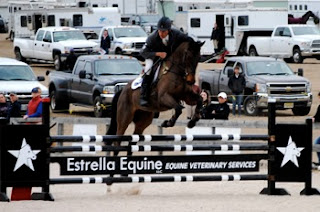 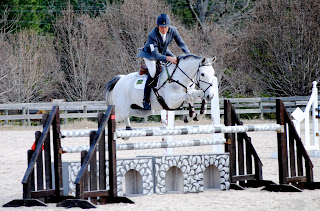 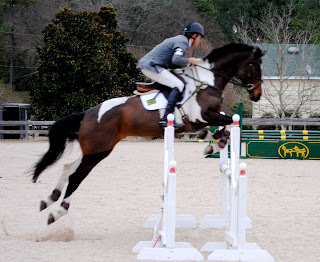 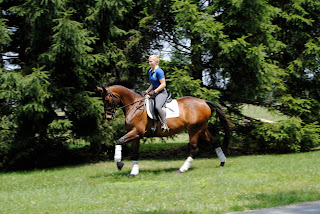 Click here to view photos from the event taken by Mark Walter Lehner of www.hoofclix.com
Posted by Amber Heintzberger at 1:44 PM No comments: