We are at the Markel/USEF East Coast Young Horse selection trials at Morven Park in Leesburg, Virginia, where I am competing three horses.

Benefactor, Melinda Walton and Larry T. Smith's horse, was first to go and he was really great. The organizers were running a little late and he got a little bit tired in the trot, so he finished 3rd on a 76. He was perfectly behaved as always.

Fortissimo B, owned by Camilla Van Liew , won the young horse qualifier!  He’s for sale and is a spectacular horse for the future; somebody should buy him soon because he’s qualified for the national championships in Chicago and any rider can ride him there!

Melinda and Larry live half an hour from Morven Park and they’ve been putting us up so it’s like a vacation. It’s fun seeing their foals and young horses at the farm and spending time with them.

Tomorrow is the finals so we’ll see how that goes.

I also have Rosa Cha in the Developing PSG Qualifier tomorrow; that’s also a qualifier for Chicago so we’ll see how it goes. I also had Hannah Lu W, Rosa’s daughter, here for her first "real" competition  – she did the materiale class at Devon, but she’s still very green and only four years old. She scored 73 yesterday and it is so exciting to have both these wonderful mares here together!

-Silva
Posted by Amber Heintzberger at 8:34 PM No comments: 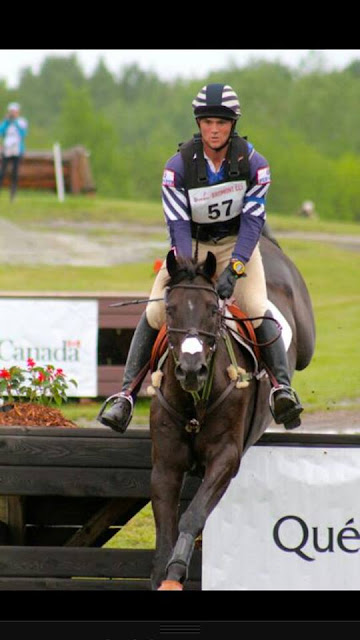 Posted by Amber Heintzberger at 8:27 PM No comments: 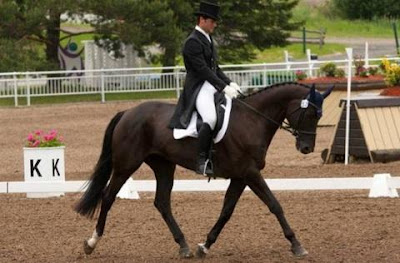 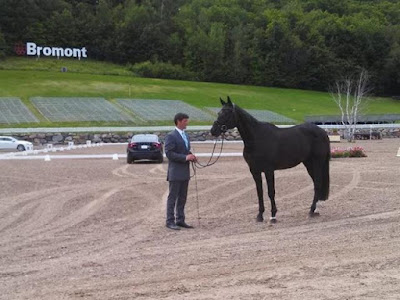 
Posted by Amber Heintzberger at 1:00 PM No comments:

Ready for Cross-Country at Bromont

Good luck to Caitlin Silliman and Beau Guimond today in the cross-country at the Bromont International CCI 1-star in Quebec, Canada.

Caitlin rode a superb dressage test on SBF Cortez, owned and bred by Denise Lahey and Pierre Colin of New Hampshire. Cortez is only six years old and scored a 54.6 which has left him not far from the leaders. He is sired by Contango, who also sired the Olympic dressage star Ravel.

Beau Guimond has been working hard for us for nearly the past year.  He rode the Trakhener gelding Otter in the dressage on Thursday.  Beau knocked out a score of 61.5 which is a good score for where the pair is at with their training.

Boyd
Posted by Amber Heintzberger at 8:12 AM No comments:

Unless you've been hiding under a rock (or at the barn all day) and haven't
logged on to EN lately, you'll know that super groom Lindsey Taylor is
officially blogging for EventingNation.com.
Check out the following links to get to know Lindsey and score some
tips for keeping white tails clean and shiny!
http://eventingnation.com/home/let-me-introduce-myself.html

Posted by Amber Heintzberger at 9:17 PM No comments: 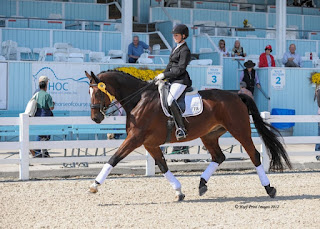 Boyd and Silva proudly announce that Kymberly Pullen has designed and launched her own website, KRP Dressage, which promotes her lesson, training and grooming services!  She created the website to reach out to riders in the Chester County area for lessons and training, and to keep her support group updated on her own training and competition results.

She will travel to your facility, or clients can trailer into Windurra USA for lessons as well!

Interested people can contact Kymmy directly for more information by emailing Kymmy directly or calling her on 281-684-9192!
Posted by Lisa Thomas at 12:59 PM 3 comments: