Samantha Clark reported on the MSEDA General Meeting, where Boyd was the keynote speaker. Check out the following links for her interview, photos and video:


Posted by Amber Heintzberger at 11:38 AM No comments:

Neville Bardos To Be Inducted Into Horse Stars Hall of Fame 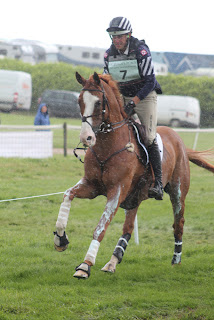 The EQUUS Foundation and the USEF recently established a Horse Stars Hall of Fame
“to celebrate the extraordinary talent of horses and the magical and powerful bond between horses and people.”

We are excited to announce that we have just been notified that Neville Bardos will be one of the inaugural inductees in the Athletes category of the Horse Stars Hall of Fame, along with all the USEF Horses of Honor recognized annually since the establishment of the USEF Horse of the Year (HOTY) awards program in 2005.

The inaugural inductions and the unveiling of the virtual Horse Stars Hall of Fame website will take place at the EQUUS Foundation’s "fête cheval étoile" event. The event will be held on Friday, March 8, 2013, at the Palm Beach International Equestrian Center in Wellington, Florida and include a photo gallery of the inductees accompanied by the stories of their achievements.

Boyd and Silva
Posted by Amber Heintzberger at 1:33 PM 3 comments:

Do You Know Beau Guimond?! 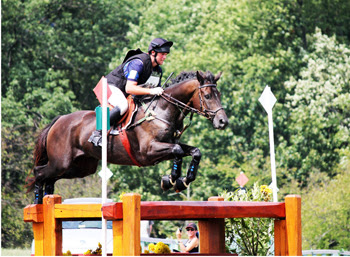 Beau was born in Hershey, PA and has always had a love of horses. His parents arranged his first lesson on his 8th birthday as a surprise. The instructor was amazed at his natural ability and the ease at which the horses responded to his touch. What started out as a once a week lesson soon became an everyday occurrence. He loved riding and wanted to spend every minute at the barn doing whatever he could in exchange for lessons. (Photo Ashlee Fleming)

Beau was 12 when the opportunity presented itself to adopt a racehorse named True Lord from Penn National Race Track. Looking back it was a crazy decision which proved to be a wonderful learning experience. Beau and True learned the ins and outs of hunt seat equitation together. After two year It was evident that True was not as happy with the jumping arrangement so the decision was made to retire True with his old trainer.

It was during the same period that Beau's family was in the process of relocating to Mechanicsburg, PA. He was interested in trying eventing and began the search for a new horse with the characteristics to advance through the levels. In March 2006 his family purchased Otter a 6 year old Trakhner gelding out of Carino E. The horse was green broke but had potential. Beau and Otter progressed through the levels obtaining their C3 rating, and in 2011 represented the Maryland Region in Training level at USPC Championships in Kentucky. They also qualified at Training level for the American Eventing Championships and finished 15th.

Beau had seen Boyd ride at many of the events and was lucky enough to live close enough to arrange to take lessons with him. Boyd was extremely supportive and at events would take time to encourage and coach Beau. It was at an emotional event at Waradaca (just two weeks after the fire) when Boyd took the time to congratulate Beau on his victory. That gesture helped Beau decide that he wanted to pursue a career in Eventing.
A few months later, while taking a lesson at Windurra, Boyd suggested to Beau that he should come and be a working student for him. For anyone interested in a career in Eventing, applying for a working student position is a great opportunity to experience first-hand what it takes to be successful.

Over the following few months Beau worked with his advisor at Cumberland Valley High School to advance his studies. He started with Boyd in April 2012 and received credit towards earning his diploma. Beau and Otter underwent a huge transformation under Boyd's coaching and training program. After leading the USEA leader board in Training level points, they moved to up to Preliminary and completed the qualifications for their first CCI*. In October, Boyd offered Beau a full time position on the staff at Windurra LLC.

Beau has joined the team for his first season in Aiken (2013). Beau has benefited greatly through Silva & Boyd's support and he looks forward to seeing where the future will take him.
" The road to Eventing success is dedicating your heart, body and soul to achieving a partnership with the horses you ride. Having a mentor like Boyd just drives you to try harder. Eventing is sink or swim – no floating allowed!"
Posted by Lisa Thomas at 12:22 PM No comments: