It has been a long day at JFK airport, but I am excited to say that Otis and Shamwari, as well as Phillip's horse Mighty Nice, have just been loaded onto the plane and we are within an hour of departing for Amsterdam.
We left the farm around 5:30 this morning, and arrived at the JFK airport late morning. The horses went into stalls there for a quarantine that lasted several hours, where a veterinarian came to check their health before the flight. Both horses have been happily settled all day, and I must say that it is nice to be traveling with two seasoned international travelers who seem to understand the drill.
While the horses are in quarantine, they are restricted to their stalls for several hours. So after feeding them their lunch, Phillip's groom, Emma and I went to watch a few races at Belmont Park, which is not far from the vet port. It was a great experience, especially to experience the excitement of the park on the day before tomorrow's race.
We returned to the vet port to feed the horses dinner and wait around for a few more hours before putting the horses on the plane. Now nearly 12 hours after arriving in New York this morning, Emma and I are about to board the plane.
It should be about a seven hour flight, and I plan to spend much of that time in the back with the horses. From the Amsterdam airport, it is about a four hour truck drive to Luhmuhlen. I will update you again once we arrive!
Lindsey 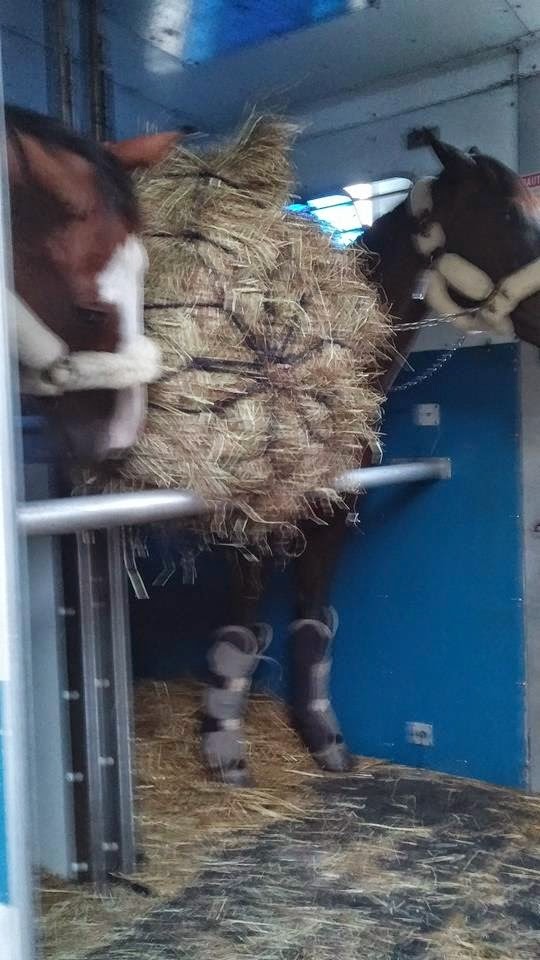 Posted by Amber Heintzberger at 10:46 PM No comments:

The dam of Mystery Whisper is going up for auction!

This mare has international piaffe and passage and will appear in the near future with Rozzie Ryan. Socialite R is the dam of 4yo Brigalow R who is by Bao Lack, Bao Lack being the TB sire of Beijing Olympic horse All Luck (Shane Rose). Brigalow R looks like yet another superstar. Socialite R has just had a filly foal weaned from her by Jaguar Mail, who jumped at the 2008 Beijing Olympics for Sweden (Peter Ericson).

Young stock by Socialite R are going to continue to perform at the highest levels and so the promotion of Socialite R and her foals will be more profound than perhaps any other broodmare in the world. Salute is the sire of Socialite R and also of Victory Salute and Stirling Stilton. Both of these horses represented Australia at the WEG. Salute also sired Staccato who was ranked as the top eventing stallion in the world. Socialite R is expecting a full brother or sister to Mystery Whisper.

Here is the direct link to Socialite who will be sold at auction on June 15th in Sydney, Australia:

There will be live streaming at www.localhorsemagazine.com.au. Phone bidding is very popular and would be possible for interested parties in the USA. The auction catalogue in its entirety can be found on www.auctionofthestars.com; if you are interested, go to the June 2014 Auction and click on the link.

For general inquiries the best person to talk to is Heath Ryan:  mobile phone +61 417 656 636 or email info@ryanshorses.com.au
Posted by Amber Heintzberger at 7:55 AM No comments:

Hats Off to Shamwari Syndicate Members 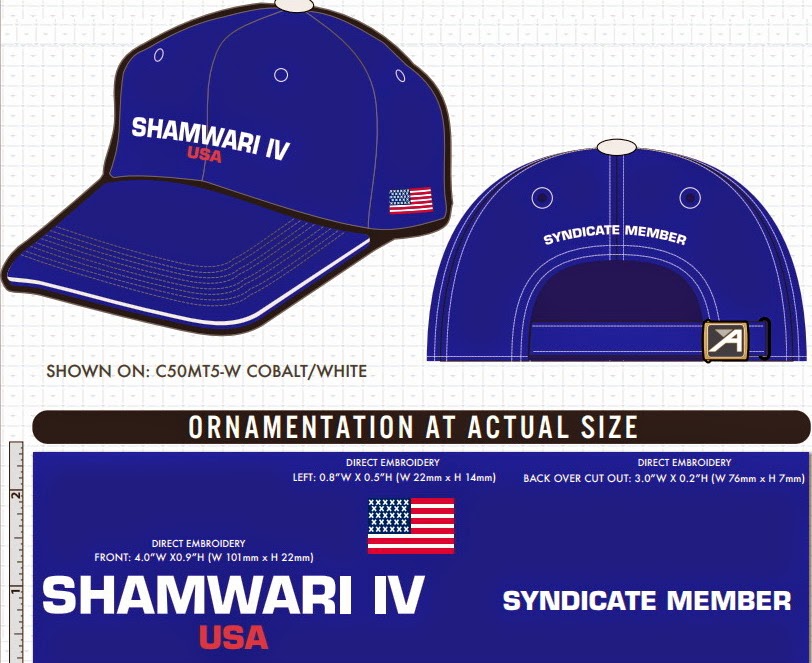 As has become the tradition for all overseas trips with syndicated horses, I've ordered a new limited edition Shamwari 4 hat for the syndicate members to proudly wear. Big thanks to Josh Taylor for designing this very sporty cap that the syndicate members can wear under the beautiful German sun in a couple of weeks at Luhmuehlen.


Posted by Amber Heintzberger at 9:39 AM No comments: