We had a great past weekend at Ride for Life. It turns out I am a pretty good groom! Since I am not showing I did a lot of the braiding and grooming for the girls. Scout , Kymmy and Pam Murphy all showed and as usual  Kymmy and Scout rode my horses so well. I am very proud when I watch my girls ride!! 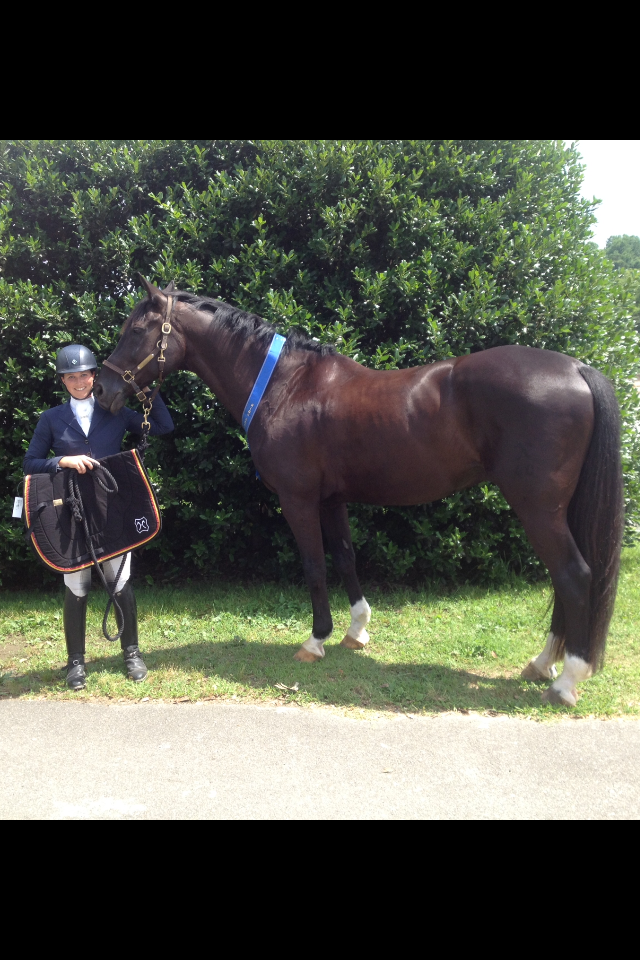 Kymmy rode Rigoletto (Tony) , Just a Flirt, Rio Royale ,Hot Date (Hayden) and Sir Eastwood (Woody).
Scout rode Bright Side (Eddy) and Dhouble Scoop.
It was such a pleasure to have Pam with us. She showed her horse Rio on Sunday. Rio is bred by Melinda Walton and Larry Smith, so you can imagine that he is just such a nice, honest horse - and he is the perfect horse for Pam. They did a nice training level test and

I am looking forward to seeing more of Rio and Pam in the show ring.
xoxo Silva
Posted by Amber Heintzberger at 9:37 PM