Good Start for Windurra at Dressage at Devon 2014 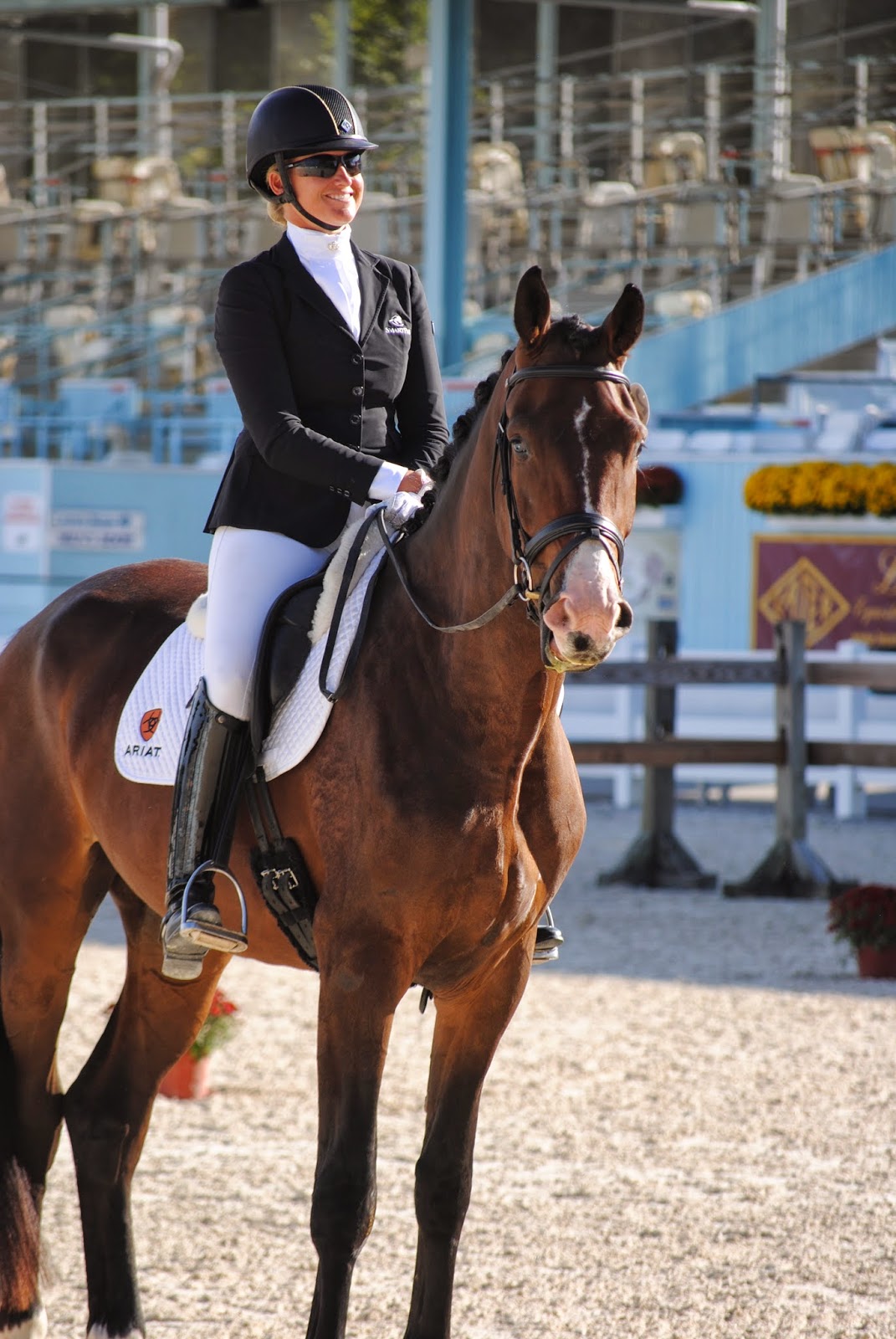 We had a great start at Devon yesterday! I rode Ernie, "Estival Star" in the Materiale class for three-year-old colts and geldings. Ernie was outstanding and you would not know he is only three years old at all. Apart from having an amazing amount of talent, he is one of the bravest and most honest horses that I ever had in training.

His owner Kirsten Jepp was there cheering us on. Kirsten bought Ernie as a foal in Germany at the foal auction in Verden. He will be for sale very soon. What an exiting prospect for somebody in the USA to be able to purchase a horse with his quality without having to go to Europe.

Brendan Curtis was nice enough to show Ernie in hand for us yesterday morning. Ernie looked beautiful and Brendan did a very nice job showing him. They finished fifth in that class. Since the in-hand class and the Materiale class were combined into the Future Prospect Championship class, Ernie not only won the Materiale Class, he also was reserve Champion overall!!

Jerusha outdid herself grooming; Ernie looked amazing and she has taken great care of him for the last two days at Devon. It takes a team to be able to do what I do and a win is not only a win for me but it is a huge accomplishment for the people on the ground like Jerusha! I am a lucky girl to have such a strong team around me!


-Silva
Posted by Amber Heintzberger at 11:46 AM