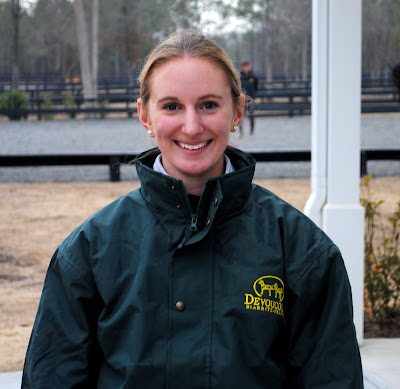 Introducing Super Groom/Barn Manager/Boyd Scheduler...Lindsey Taylor!!!
I am very happy to announce that we have a full time groom and operations manager in Lindsay. This gal is well trained and has been through the tough school of edict, class and care with top riders Becky Holder and Cathy Forsberg.

Lindsey started with us in January and has taken on her role with more expertise than I expected. Once again we have found a polar opposite to me: calm, meticulous, thorough and quiet, Lindsay has taken to her new position well. The horses love her and the barn has never looked so clean. 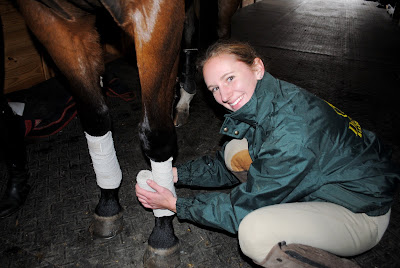 Her first event as groom and organizer was at Pine Top last weekend, where she breezed through getting nine horses ready and presented ahead of their scheduled times without even raising a sweat! All the horses looked immaculate and finished with top results.

Lindsey, Sara and Lillian can be found any Wednesday night singing a tune down at the Hotel Aiken on Karaoke night. The word amongst the eventing community down here is that the gals can hold a pretty smooth tune. 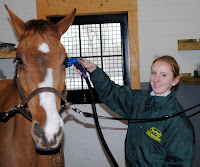 I want to thank Lindsey for coming on board with our team of horses. The results seen at big events are often made by the people behind the scenes grinding away and doing the hard work. These are thankless hours of sweat, tears and exhaustion done by people like Lindsey.

I pray that she can put up with me...

Otis Barbotiere has settled into life in sunny Aiken, SC for the winter. Boyd shared a few photos that he took around the barn and created the following video to update the Otis Barbotiere Syndicate members. Enjoy! 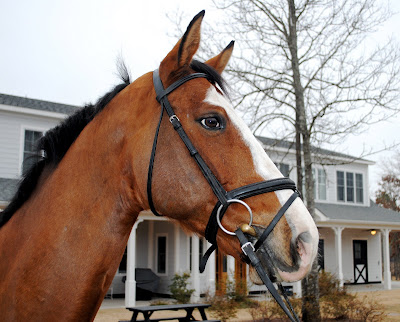 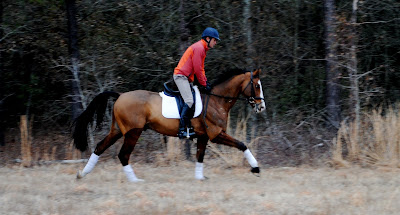 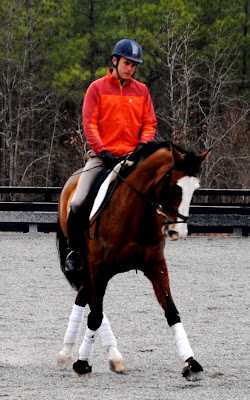 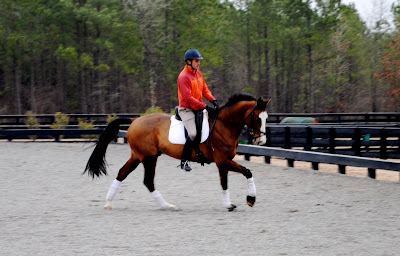 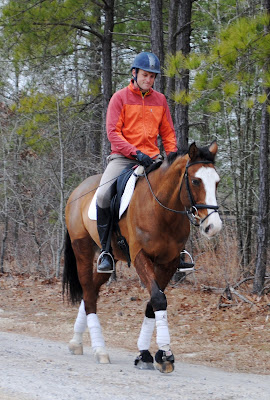 First Event of the Year at Pine Top Winter HT I

Boyd took the young horses to the Pine Top Winter I Horse Trials, January 29-30, 2011 in Thompson, Georgia and had a successful first event of the season.

15th - Boyd Martin and Cagney Herself, owned by Bonnie Stedt

For photos by Mark Walter Lehner visit the Pine Top Gallery at www.Hoofclix.com
Posted by Amber Heintzberger at 9:34 PM No comments:

My working student Devon and I had a fantastic start to our 2011 show season in Orlando, Florida. I don't think this kind of result is going to happen to us ever again, but we did enjoy it! 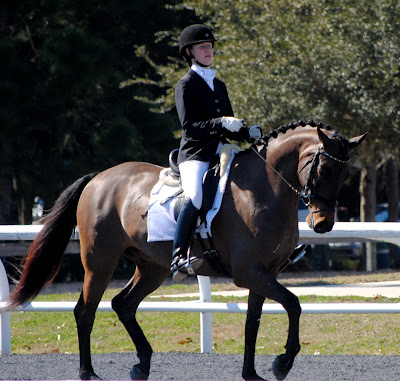 Devon and Rembrandt
Devon won both of her classes on her horse Rembrandt. Both Devon and Rembrandt had never done second or third level before and I just threw them in there and told Devon she would be fine; I knew they would be okay because we had been working very hard at home. They won second level test 3 on Saturday and third level test 1 on Sunday! I am very proud of them both!

I also had a great time on all my horses. I do have to say, I am very very lucky to be riding the horses that I have at the moment. It is a great group of very talented horses that I love very much! 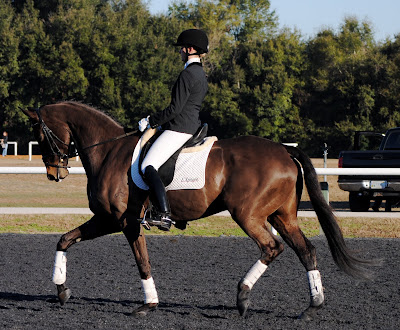 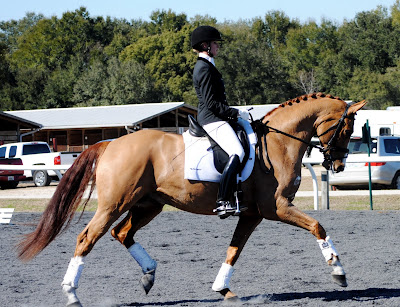 Duvent
Duvent won third level test 2 on Saturday and third level test 3 on Sunday. He is getting better and better in the show ring. He gets nervous but he is starting to trust me more and more. I think we are going to be a great team! 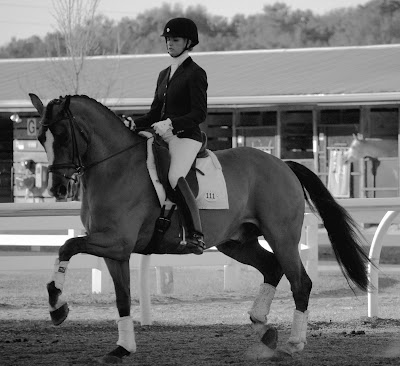 Aesthete
Aesthete, or "Stately", won Third 1 with 74% on Saturday and third 1 on Sunday.I had never shown Stately before and he was even better at the show than at home. I am very very exited about him. 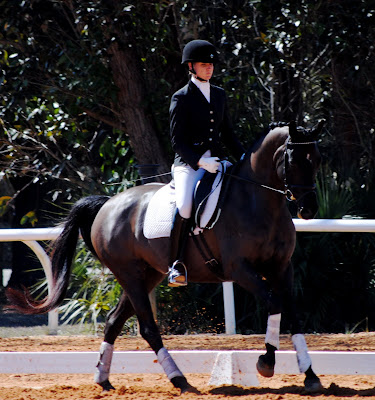 Constantina
Little Constantina, or "Cece", won training 2 on Saturday and training 3 on Sunday. This was her first real show and she was such a good girl. I had a blast riding her!

Silva
Posted by Amber Heintzberger at 10:03 AM 3 comments: 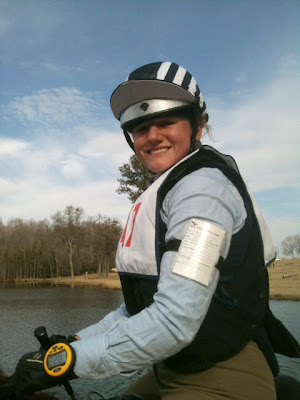 The third member of the eventing squadron is the 'New Jersey Tornado', Sara Gumbiner. Sara has officially survived one year working for us. When she started in Aiken last year, I wasn't sure what I was in for...well folks, I am impressed!

This gal has it all: style, class, a great feel for horses, and a college degree in Vet Science,(which does come in handy in this job). is a Super Duper rider that has improved 200% in this short time. She works like a convict, loves the horses, and has built a great partnership with her horse 'Waffles'. Our plan is to take 'Waffles' to a couple of Prelims in Aiken and then put him on the market to sell.

Sara has showed huge commitment driving to the barn, which takes 1 hour 20 minutes every day from New Jersey. She is never late,(that I know about), and never complains about the huge daily drag of driving so much. She is living in the barn apartment this year in Aiken and I wish her lots of luck at sleeping in till 6:58 am every morning. 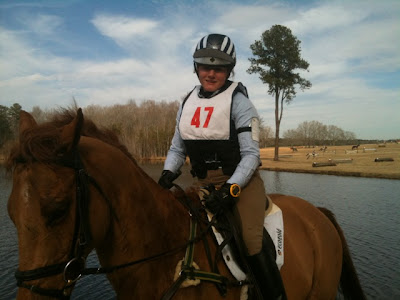 This girl will be one of America's top riders in the future. I wish Sara all the best and thank her for being a critical part of my horses' success.