New Cadet is for Sale!

'Caddy' is a first-class event horse that is probably best suited to a more experienced rider. He is an awesome cross country horse with a lot of heart and has only received one cross country jumping fault in his whole career! He has competed successfully at the Intermediate level for the past year, and will soon be ready to move up to advanced level.


Please contact me to find out if he is the right horse for you.

...The FEI Prix St. Georges immediately followed FEI Grand Prix competition, with American Silva Martin coming out on top with Rosa Cha W, an eight-year-old Australian Warmblood mare out of Jasmine W by Blue Hors Romanov owned by the Rosa Cha W Syndicate.  Martin characterized their test as the best she's had with the mare, particularly because she felt she rode better.

Martin credited much of her progress over the last six weeks to coach Debbie McDonald. "I so much enjoy working with Debbie. I've been working with her for a while now. She's helped me so much, and she makes me very confident. Over the last six weeks, it's just been getting better and better and better. I love having her at the ring!" Martin expressed.

Of her test today, Martin commented, "She can be a little bit of a tense mare. She gets a little tight sometimes, but today she was really relaxed and I let her do her job. Sometimes I override things and she does it better on her own, actually!" Friday's win was especially meaningful for Martin as she and husband Boyd, an Olympian eventer, bred the mare themselves. "I was there when she was born. It's emotional for me because she's come such a long way, and I've had her all her life," Martin smiled.

Martin's husband was on hand to cheer her on, which Martin especially enjoyed since it was the first time he had attended one of her tests. "Boyd is not easy to get away, so it was exciting that he came and that I won when he was here. That was awesome. He's leaving tomorrow morning, so he won't see tomorrow. He's a terrible spectator, but it's so exciting that he's here," Martin remarked.

Also in the crowd was American show jumping legend George H. Morris, who stopped by the AGDF to watch Martin ride after hosting a clinic with Martin's husband in Aiken, SC. "Wasn't that an honor? That made me more nervous than anybody else being here! He was so nice and said 'I love watching you ride.' It was exciting that he was here. He came here specifically to watch me. He was teaching Boyd last week, so it was pretty cool having him here!" Martin concluded.

Competition for the Palm Beach Dressage Derby will continue on Saturday with the FEI Intermediaire-1 in the morning, beginning at approximately 11:00 a.m. *Silva and Rosa will compete at 1:36pm*. The week's feature class, the FEI Grand Prix Freestyle, will begin at approximately 7:00 p.m.

Photos © SusanJStickle.com. These photos may be used only in relation to this press release and must include photo credit.
Posted by Amber Heintzberger at 8:16 AM No comments:

Well, if it’s another blog you seek, then you may cease your quest! At long last, I write bearing news from Wellington. Full disclosure and all, I’m probably going to become pretty repetitive for the next few paragraphs, for I’ve found that there are only so many synonyms for words like “amazing” and “dominated”.

Last weekend Silva demonstrated typical Martin behavior by winning most every class she entered (and unfortunately for the other competitors, that consisted of almost every class held at the competition). This leads me to believe that she should probably pump out some little juggernauts, for the sport could use as many Silvas as it could get!

Starting with training level, Silva and Bright Side effortlessly crushed the competition. Before you ask, I do not mean this literally, even though he probably could have stomped everyone out with his gargantuan body. No, this metaphoric crushing took place when he scored a 77%, taking out anyone in his path! Congratulations to Anne, Mike, and Gloria! This horse is proving to be a spectacular athlete.

Not looking to be out done by their fellow barn mate, ChooChoo, Scoop, Woody, and Shoene also competed at training level. Choo Choo and Scoop both scoring 74%,  Shoene scoring a 72%, and Woody scoring a 71% with Kymmy! Congratulations to the owners of these young studs as well!!

P.S. for those who are unaware, Shoene is only three years old!!! The talent and mind of this horse is unreal; Silva could not be more proud of his success thus far.

Next up we have Scoop and Woody, who both competed at 1st level. Scoop proved how talented and willing he is, winning it all with a 71%! Congratulations to his owner, Karen. He is a truly amazing young horse.

Kymmy also had an incredible showing on Woody, coming in at a close third. Having trained him since the beginning and finding herself in the top ranks on her 4-year-old (in Wellington no less!) is such an accomplishment. She could not be more proud of this exciting horse.

So then there were the second and third level classes… I really wasn't kidding when I said she was entered in almost every class.  Here is where Sully shined. He, you guessed it, DOMINATED by winning both 2nd and 3rd level with a high score of 71%. Congrats to Anne and Mike Laver on owning some seriously competitive beasts.

Kymmy also made an appearance at 3rd level on Tony, who had an amazing showing, and came in second! We are lucky to have Tony’s owner, Sandy Retzlaff, down in Wellington with us, and she is very proud of them both.

Last, but far from being least, is Leroy. He has been more than any Young Rider could ask for during this trip down south, and handled 3rd level like the champion that he is. Though I have a long way to go, I couldn’t be luckier than to have been given the opportunity to compete and learn from him. The appreciation I feel towards his owners, Bonnie and Eliza, is immeasurable. I cant thank you guys enough.

At 4th level, Gracia stole the show on Colin. She put in a beautiful ride and showed what a rapport they have developed together. I’m so excited for these two and their future success!

Michelle’s inspirational student, Ms. Debbie, also competed on her horse Goldie in the para freestyle scoring a monumental score of 72.3%!!! I think I speak for everyone with Silva Martin Dressage when I say that we could not be more in awe of her determination and talent. Congratulations on all your success, and don’t forget about us when you are a big time Olympian!

Silva and Rosa also rode for the United States at the Nations Cup, and I’m not sure how to express in words how happy I am for them to have been on the gold medal team, other than by stating how natural she looked standing on the podium. I cannot wait to experience this feeling again when I am covered in face paint and cheering those two on at the Olympics. I’m not sure who will be more embarrassed by me, Silva or The Cha…

Congratulations to the syndicate members of this powerhouse of a mare, Silva appreciates your guys’ support so so much.


HUGE thanks to you all for all of your help keeping Silva and the horses at the top of their game! 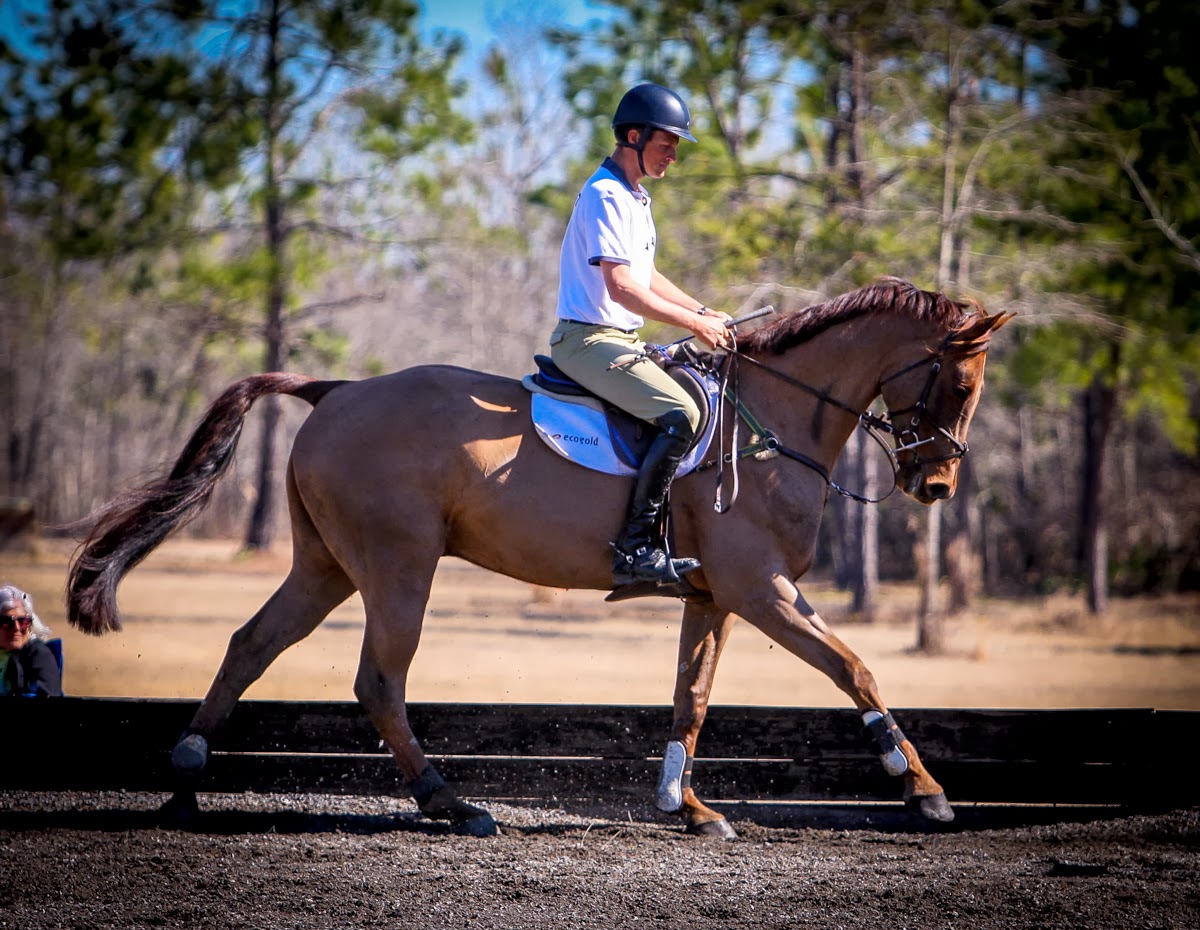 On Monday and Tuesday some of the top eventing riders in Aiken were treated to an awesome clinic by the Master of Equitation, George Morris. George worked on course analysis and course riding in this particular clinic. It was fantastic listening and learning the fine detail that George puts into the art of riding a course well. I feel like all of the riders and auditors gained information and knowledge from the lessons. It was a real honour and privilege working with George. 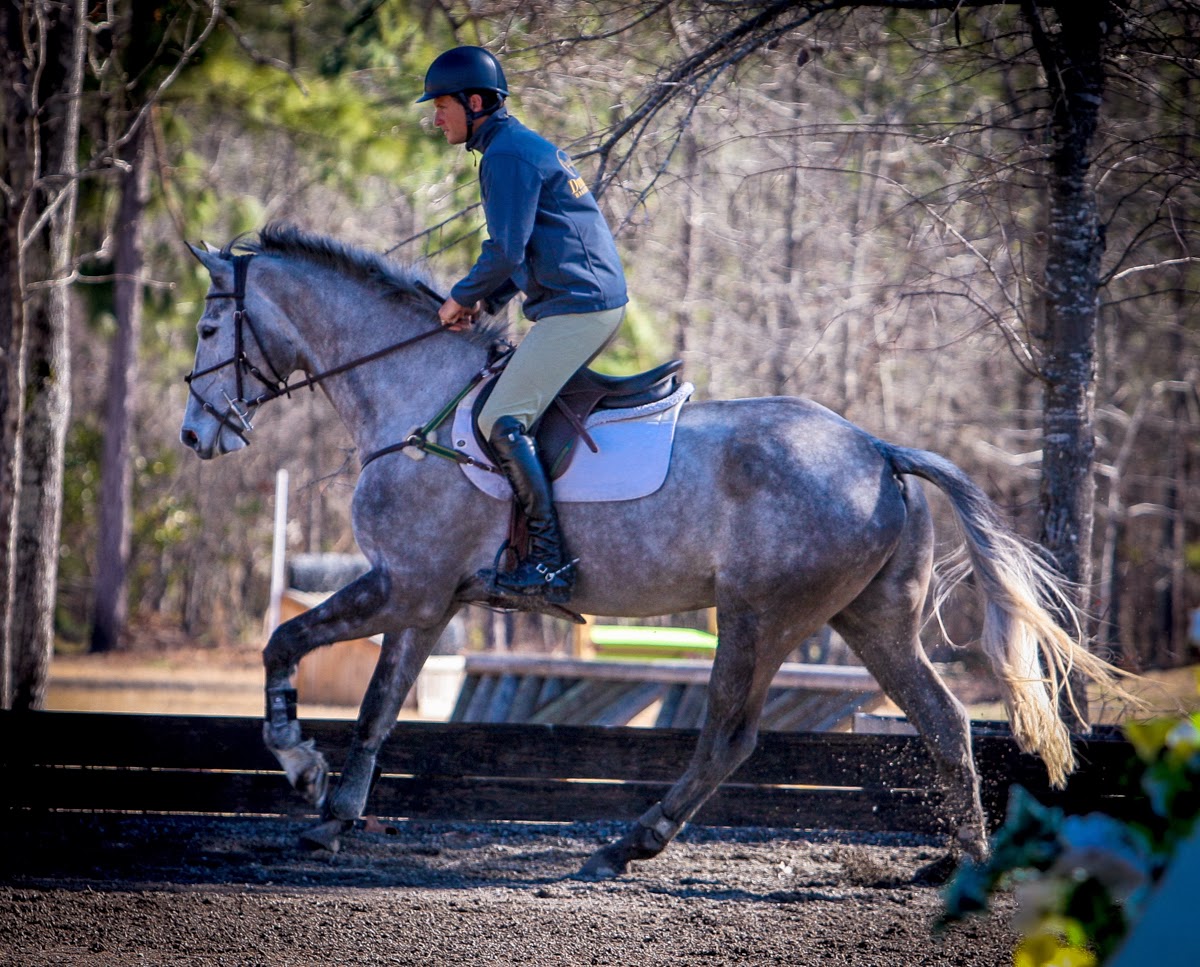 A big thanks must also go to Fernanda Kellogg and Kirk Henckels who hosted a lovely reception for George on Monday evening at their FoxFrolic Farm. It was great to hear in a speech all of the incredible insights he has in jumping. Another thanks must go to Bonnie Stedt, Gloria Callen and George & Gretchen Wintersteen whom sponsored some of the 'up and coming' riders' lessons.

Thanks to Allie Conrad for the photos. Enjoy these "George-isms" courtesy of Allie and The Chronicle of the Horse: http://www.chronofhorse.com/photos_videos?nid=47695

Boyd Martin
Posted by Amber Heintzberger at 9:43 AM No comments: 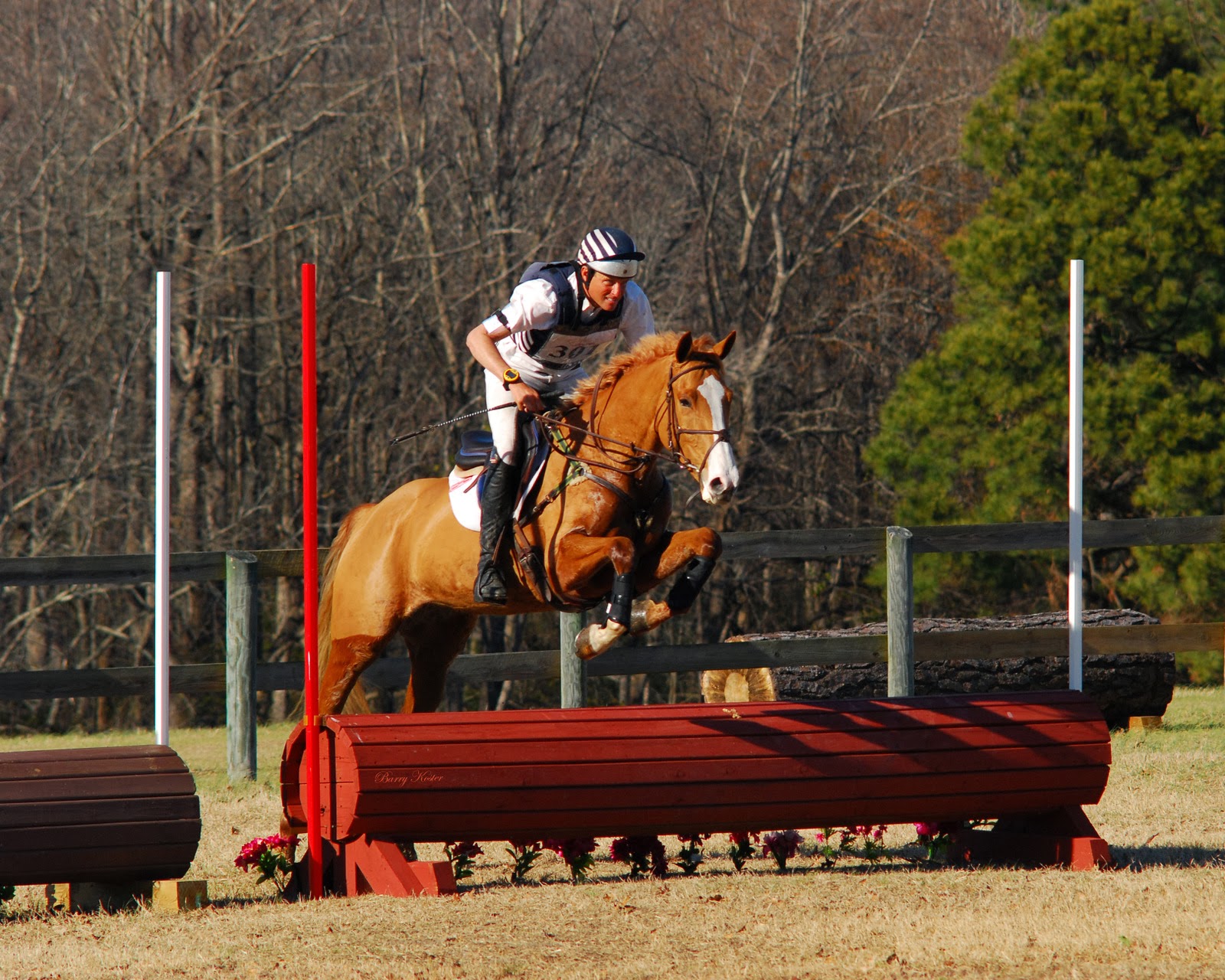 SBF Eowyn, also known as Wynnie, is the ideal horse for a professional, young rider or adult amateur looking to be extremely competitive in whatever event they enter. She is very well bred, fathered by the Dutch super-sire, Riverman. She is the sister to SBF Cortez, who is currently competing at Intermediate level.

Wynnie is a lovely, soft mover and is extremely rideable and trainable for the dressage; she received a 25.8 at her first event. She is a scopey, careful jumper with a lovely gallop that only needs to be ridden in the softest of snaffles. In winter 2014, Wynnie won her first event at Full Gallop Farm, finishing on her dressage score of 25.8, and placed second at Paradise Farm, finishing on her dressage score of 32.

This is an exciting opportunity to purchase a very special horse that will bring you up the levels while winning; rarely is a horse of this quality offered for sale.

Otis Barbotiere was back in action this weekend at Pine Top Farm, 18 months after sustaining an injury at the 2012 Olympic Games in London, England. Jenni Autry from Eventing Nation caught up with Boyd - be sure to follow the link for her write-up and a bonus video!

Posted by Amber Heintzberger at 11:14 AM No comments:

The schedule is all set fortomorrow's George Morris clinic at Bridle Creek Farm here in Aiken. We are encouraging all Aiken eventing enthusiasts to come out and audit the clinic. George is charging a $60 fee to sit back and watch the action. Please bring your own folding chair.

Directions to the farm can be found at boydandsilvamartin.com.

There is also a meet and greet reception for George on Monday afternoon from 4:30-6:30 down the road at Fernanda Kellogg's Fox Frolic Farm. All auditors, riders, owners and grooms are invited.

Posted by Amber Heintzberger at 11:15 AM No comments: