We still have some lovely and talented dressage horses for sale: Follow the links for more  information as well as videos.

Elite Pharis is still available and is now showing successfully in third level. He is only 8 years old and has learned a great deal  in a short time. He has a flawless competition record with very high scores. Pharis a wonderful horse and could bring somebody up the levels with a lot of fun!

Vanderbilt is only 5 years old and is showing successfully in second level. He is a very elegant horse with a lot of potential! He is a great project for somebody that would like to go up the levels with a quality young horse!

Hayden is a 4-year-old going on 15! He is the most honest and easy young horse we have had in a long time. He is a true gentleman and would make a great partner for somebody that wants to go up the levels. He is showing successfully in training with high scores.

Thank You to Devoucoux

As we unwind from the intensity of the Olympic Games, I just wanted to take a moment to thank Devoucoux for their wonderful support leading up to our trip to England, during training camp and throughout the entire Olympic experience.

Jean-Michel Devoucoux visited us from France over the winter to specifically fit saddles to Neville, Otis and Remington. That visit was followed up by communication with Devoucoux representatives, David and Guillaume, at events throughout the spring and early summer, checking the fit of the saddles on the horses and adjusting them based on changes in the horse's shapes as the horses put on more muscle and became more fit. This attention to detail was essential in the horses' training, assuring that they were comfortable in their work. Guillaume even stopped by our farm in Pennsylvania two days before the horses got on the plane to England make any last adjustments to the saddles, assuring that they fit the horses snugly and comfortably. Devoucoux does a great job, not only of selling high-quality tack, but of following up with each and every customer, assuring that their tack continues to fit their horses.

Otis put in a stellar cross country round at Greenwich Park, galloping around in the Chiberta saddle, five-point breastplate, belly guard girth, and a Devoucoux figure-eight bridle. The guys at Devoucoux wanted to insure that Otis was well outfitted in fancy gear for the Olympics, sending a brand new leather halter and new girths for him the day before we shipped to the Olympic venue. I can't thank them enough for their thoughtfulness and generosity in providing tack of the highest quality for our horses to compete in. My mind was at ease knowing that the tack that I was putting on Otis during the Olympics was comfortable for him and in superior repair. 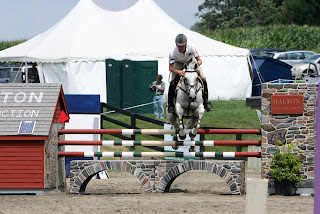 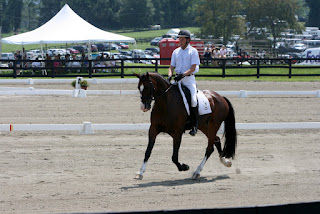 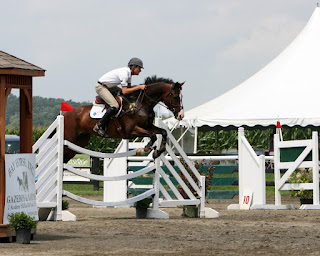 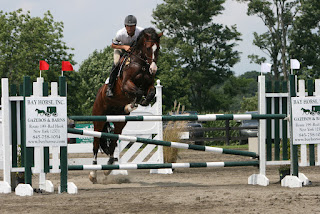 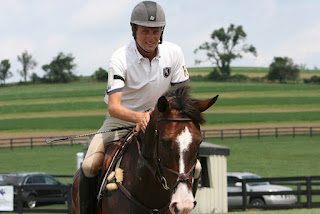 Posted by Amber Heintzberger at 4:07 PM No comments:

After dealing with the torture and disappointment of a less than ideal finish to the Olympic Games, Lindso and I jumped on a Delta flight from Heathrow to join Caitlin and the horses at Millbrook Horse Trials in New York. Millbrook puts on a sensational event every year and there was no better place to get over the heartbreaking finish of the Olympics by hopping on a great group of up and coming horses over the weekend. I must take my hat off and thank Silva, Caitlin, Sara, Beau, Jen and Felix for keeping the event horses in superb condition whilst I was away.

Millbrook Horse Trials is an event that is included in the PRO Tour Series. PRO is a fantastic organization here in America that is aiming to improve the events around the country for riders, owners, sponsors and eventing fans. I took the time on the weekend to commentate during the cross-country of the advanced division in the VIP tent, giving the audience the inside scoop about the horses and riders partaking in the challenges of the cross-country course. I urge anyone who is a fan of eventing to get involved with PRO by signing up for the level of membership that suits them.

The final results from a great weekend of eventing by our crew were:

I must admit I was very startled to see longtime owner and supporter, Anne Hennessey's arm over the weekend. Anne has taken on a retired racehorse as a project who gave her a little love bite on her arm last Tuesday. As you can see in this photo, Anne's new horse definitely has an appetite!

The three four-star horses, Neville, Otis and Remington arrive back from England today. I'm sure all three boys are looking forward to sleeping in their own beds after an intense trip. I myself am also looking forward to being reunited with my two show cats, Manny and Kostya.