It seems surreal to think that less than one week from now, we will be preparing for the first trot-up at Rolex. Since arriving home from Aiken, we have been in a whirlwind of activity, focusing on getting Oscar, or “Trading Aces”, fit for his run in Kentucky, but also keeping the barn running and all of the young horses going at their best to compete at Plantation Field Horse Trials last weekend and the Fair Hill Horse Trials this coming weekend.

In the midst of all of these activities, I have been placing supply orders and re-stocking our show trunks, making sure that we have everything we need for next week in Kentucky.

But aside from all of the hustle of packing and planning for the trip and taking care of our other horses, the priority in our barn over the last several weeks has been preparing Oscar for Rolex. Silva has been working with Boyd extensively in the dressage and Boyd has been working hard on improving Oscar’s level of fitness.

As part of Oscar’s fitness program, he has been galloping up the legendary Nelson’s Hill in Pennsylvania, as well as swimming several times a week in the equine swimming pool at Maui Meadows Farm. I am always a little bit nervous when I take horses to swim for the first time. I was especially nervous taking Oscar to swim, as I have seen other horses of his size and breeding struggle with how to move efficiently in the water. The less efficiently a horse swims, the harder it is for him. This can be good, because it improves their fitness at a faster rate, but somewhat scary at the same time because they always seem like they are going to drown!

As I pulled up to the pool that first day, an older lady named Erika greeted me and asked about Oscar’s background with swimming. I explained to her that as far as I knew, he had never swam before and asked if he could follow a seasoned horse into the pool the first time. She looked at me, shook her finger and said in her wise Scandinavian accent, “Sometimes they surprise you, I bet you he be very good swimmer”. I admired her confidence and led Oscar to follow her into the pool building.

A three-year-old racehorse was Oscar’s swimming trainer, and after watching the little racehorse swim a couple of laps, Oscar was led into the pool. He walked right in, no hesitation, and swam a lap with a good, efficient movement in the water. As Oscar exited the pool calmly and stoically, Erika turned to me and continued in her Scandinavian speech, as if to prove her point, “See, what I tell you? Sometimes they surprise you”.

As we head into Rolex, Oscar will be tackling his first four-star event. Every year previously that I have gone to Rolex with Boyd, he has been riding seasoned four-star campaigners who were solid at the level and were expected to finish well. Of course, Oscar has been trained well and has had a spring preparation that has been just about perfect. But, just like sending a horse into the swimming pool for the first time, from my groom's perspective, it is always just a bit nerve-wracking sending a horse out for his four-star debut. I can only hope that on Sunday afternoon after all is said and done next week, someone will turn to me and say, “See, what I tell you?” just like Erika did that day at the pool, and we will be bringing home a newly minted four-star horse to join the other seasoned campaigners in our barn.

It’s time to get back to packing.

See you in Kentucky. 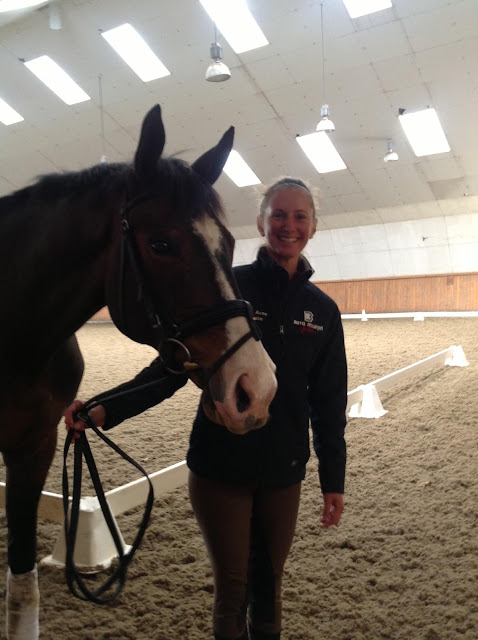 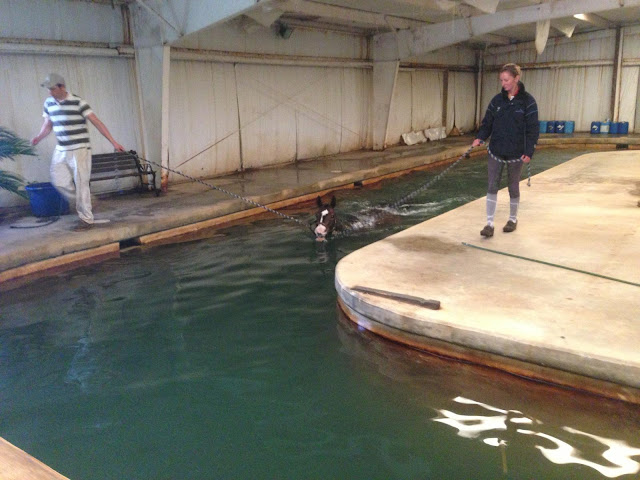 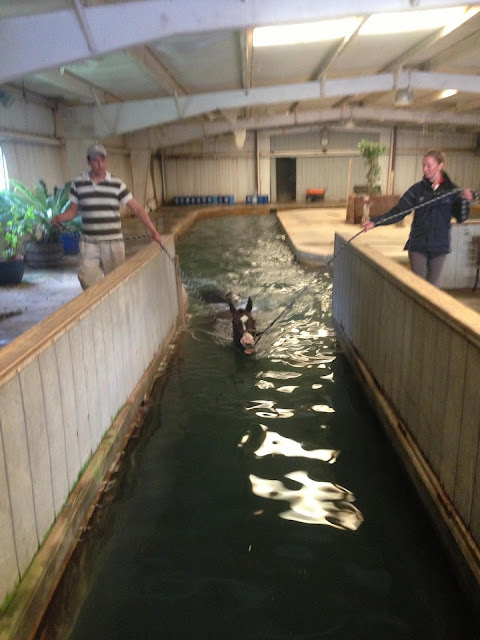 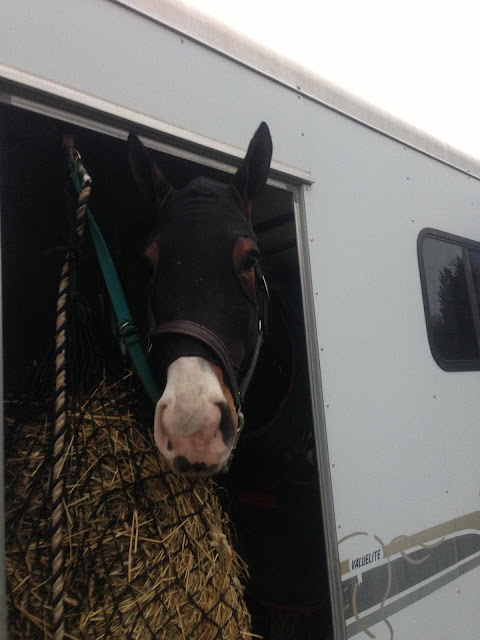 
Video by Jenni Autry for EventingNation.com

It's that time of year again: Rolex Kentucky! Trading Aces, or "Oscar's" buildup has gone well with our preparations for the big event. He’s been in tremendous form, spending the first section of his prep in Silva’s program strictly focusing on dressage. His fitness work has been steadily increasing over the winter in Aiken with long slow gallops gradually changing to shorter, faster sprints on the hills here in Pennsylvania during the past couple of weeks.

It’s always exciting and nerve wracking, preparing a horse for Kentucky; the challenge is making sure you put in a huge amount of fitness so that the horse you’re riding has the endurance to complete the course, while walking the tightrope of not overdoing it and picking up an injury. I feel very confident in our prep; we’ve got Oscar looking like a greyhound at the moment and I feel he’ll be able to jump the course well and inside the time. Being one of the younger horses in the field, I’m sure I’ll feel moments of greenness, but I also feel this is the right time to step him up to the 4* level with the WEG in Normandy in 2014 in the back of my mind.

Even though I’ll be the one riding him next weekend there’s been a huge team behind me: first, my coaches Silva and Phillip, who have also ridden Oscar numerous times in training and competition, as well as Michael Barisone and US team coach David O'Connor.

Oscar’s personal assistant Lindsey Taylor has done a sensational job this year as every year, producing the best-looking horse in the field. She has spent literally hours and hours revolving around all of my horses, making sure they get to the events in pristine condition.

Oscar has ten owners in his syndicate who are an unbelievably fun and supportive group. They have backed and trusted me in every decision we’ve come to in this preparation.

I must say, even though this is the most challenging event in America, it’s one of the most enjoyable for a rider like myself; there’s no better feeling from my point of view than sitting on top of a horse competing at Rolex. We’ll see what happens…. 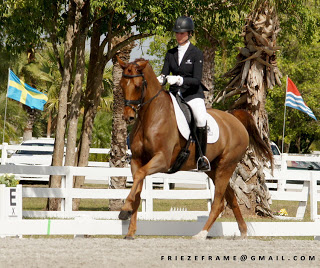 Colin is a huge opportunity for a young rider. He would be perfect for the young rider program because he has all the training and is very honest and easy to ride. He has high scores in third and fourth level with a professional and young rider.


He competed with Silva in Wellington at 4th level in 2013, showing for the first time at this level and scoring 68.5. He has fluid changes and is schooling Prix St George. Colin has been in consistent training with a professional and is the perfect horse for an ambitious amateur or young rider! 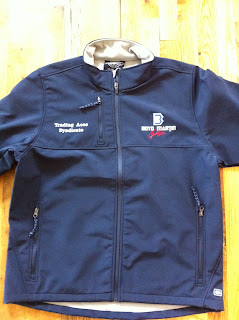 We are putting the final preparations together for Rolex Kentucky Three-day Event and I want to show off the fabulous jackets that our sponsor SmartPak Equine had made for members of the Trading Aces Syndicate . Thanks to SmartPak, "Oscar" and his gang will be looking the part at the biggest event of his career thus far! 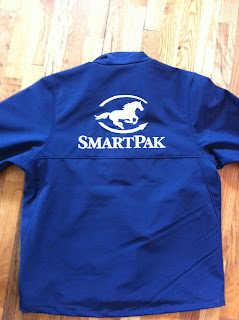