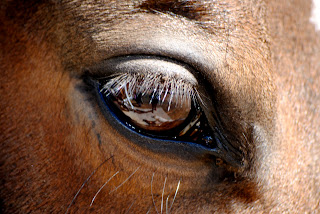 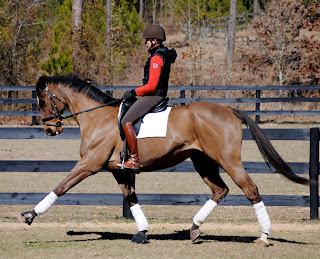 Hidden promise was purchased by Windurra as a project. He shows a lot of quality with three fantastic gaits and is a true gentleman. He is a surprisingly comfortable for a horse with such big movement and he is one of our most low maintenance horses in the barn and at the shows. So far in his dressage career he has competed successfully at third level in Wellington, with plans to move up to fourth level at the end of February. This would be an incredible horse for a young rider, amateur, or professional. He would take an ambitious rider easily up to FEI level, and at the same time he is a great easy going hack horse.

Rembrandt is For Sale! Sadly, our awesome working student, Devon Seery, is going on to pursue her higher education in the fall.  Her wonderful Dutch Warmblood, Rembradt, will remain in competition with Silva until he is sold.   This is a fabulous horse for a competitive AA or Young Rider, so don't miss out!! 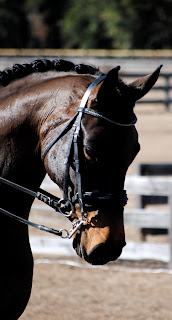 Rembrandt is large bodied 16.1h, 2002 Registered Danish Warm blood Gelding. Since being imported from Denmark he has made his mark as a dressage horse in the USA with his young rider earning the 2012 BLM First level Championship and GAIG Training level Championship. He is currently being trained and competed by Silva Martin in Aiken SC and FL for the remainder of winter. He is competing at 3rd level and will be moving up to fourth shortly, consistently scoring in the high 60s. This horse is quiet, uncomplicated and packed with personality. He is great for the AA or young Rider and he is always happy to work. This one is too good to pass up! 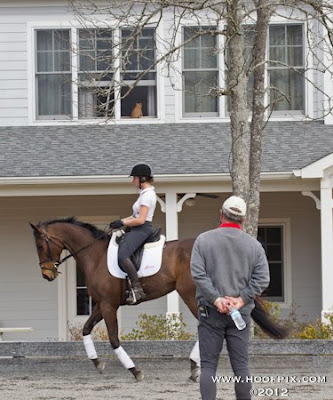 Simba (in the window) Watches the Team Training Session at Bridle Creek
Photo by Hoof Pix
Eventing definitely started to wind up this past week in Aiken, SC. All week, our farm hosted the USEF training sessions which were taught by Captain Mark Phillips. Mark taught dressage and jumping lessons for four days which saw the highest quality event horses and riders strut their stuff at Ilene Boorman's Bridle Creek Farm. The lessons were watched every day not only by eventing enthusiasts in Aiken, but also by super groom Lindsey Taylor's cat, Simba. He truly enjoyed watching Mark's dressage lessons while perched at his window and agreed a lot with what Mark had to say. 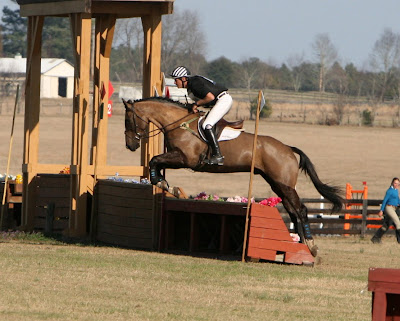 Boyd on Ballyneety at Full Gallop. Denise Lahey photo
On Wednesday Caitlin and I took a group of younger horses out for a run at Full Gallop Horse Trials. Without doubt, the star of the day was George and Gretchen Wintersteen's Ballyneety. Bally was hand picked by George and Gretchen in Ireland last year and he looks very impressive. We all enjoyed his first win on American soil. 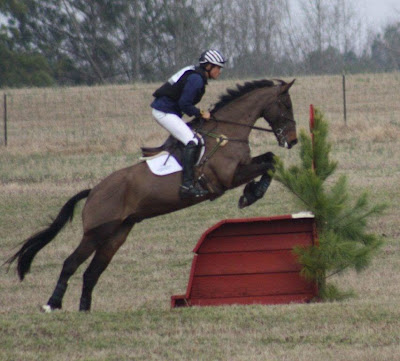 Boyd on Cold Harbour at Pine Top
Laurie Cameron photo
The weekend saw us make our first pilgrimage to Georgia. I believe the cross-country courses at Pine Top are some of the best that we see down south. The piece of property that they are laid out on boasts encouraging, open, galloping courses. It was the first event that we took some of our greener, higher level horses to. Dana Diemer's Cold Harbor, started the season in glory dancing around John Williams' track, winning the Open Intermediate. Another new exciting prospect would have to be Katie Walker's Wakefield, who backed up his win at Sporting Days with another win at Novice this weekend. This English gelding oozes with class. 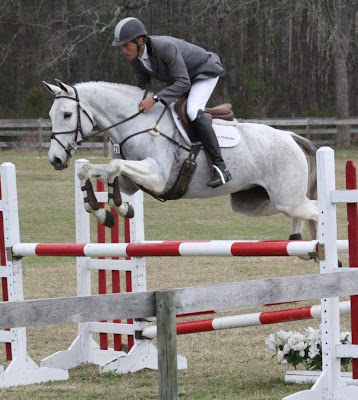 The results from Pine Top were: 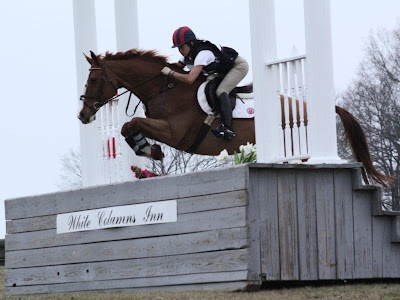 Emily van Gemeren and Berkley II at Pine Top
Laurie Cameron photo
A special shout out must go to Sara Gumbiner, whom is the only remaining Windurra rider (other than myself) who has not been technically eliminated at an event this year for missing a jump. Keep up the good work Sara!

-Boyd
Posted by Amber Heintzberger at 7:16 AM No comments: