Boyd & Silva Martin Training Videos – The Skinny on The Skinny

There's something sexy about a man, his cats and his hooters t-shirt. (Not.)
If you are an eventer, you know who Boyd Martin is.  If you don’t, there is something seriously wrong with you.  I would even venture in saying that the Dressage and H/J crowd knows who is he.  The dressage crowd definitely knows his wife, Silva.  Together, they make up Windurra LLC which can be found at www.boydandsilvamartin.com. I had the pleasure of meeting and interviewing Boyd at Rolex Kentucky at the end of April where he answered some questions for an ECOGOLD Q&A.  And yes, I brought up the cats and the Hooters t-shirt.  For those of you who have no idea what I am talking about, check it out ->
Here is Boyd’s bio as it appears on his website:
Date of Birth: August 20, 1979Qualifications: NCIS Level 1 Accredited Coach, Horse Mastership Certificate at Kurri Tase. Graduate “A” Pony Clubber
Australian native Boyd Martin, 31, relocated to the United States in 2007 to pursue his dreams of international eventing competition. He and his wife Silva, a Grand Prix dressage rider who is originally from Germany and now rides for the USA, operate Windurra USA out of Phillip Dutton’s True Prospect Farm. Now riding for the United States, Boyd, who has dual citizenship, was the top-finishing American individual and a member of the 4th-placed US Eventing Team at the 2010 Alltech World Equestrian Games in Lexington, Kentucky.
Recently, Boyd and Silva have put out a series of training videos.  These videos attempt to provide all us amateur riders with insight into Boyd and Silva’s successful training techniques and competition methods.   Basically, tips and techniques from some of the best of the best!
The videos are all posted through The Martins’ website – which I think is an absolutely fantastic way to use Social Media powers and is very 2011.  The first video I watched was titled “Schooling and Training the Narrow Fence.”  Here are my thoughts about the video, in no particular order:

Boyd and Remington at 2011 Rolex Kentucky, photo by Calina

My favourite tip, related to your horse’s stride on the approach.  Boyd insists on having your horse approach with a short, bouncy, connected, stadium jumping canter in order to give him enough time to focus and understand the question.  How true that is.  I can remember getting over excited on the approach to a skinny because of a good xc ride I was having aaaaand didn’t set it up properly aaaaand ended up with the Big E.  My second favourite tip…well, you’ll just have to watch the video yourself!
While people riding in the upper levels could learn a tip or two from Boyd, I find that this video would be 100% beneficial to you -  as a rider – if you have never ridden skinnies before and are starting to school your horse through them.
Thanks for the tips Boyd!  The videos can be purchased for your viewing pleasure here or by clicking on the image below this post:
http://www.boydandsilvamartin.com/Pages/boyd/TrainingVideos.html
Has anyone else watched this video?! Did it help you out?
Posted by Lisa Thomas at 8:07 PM No comments:

The Story of the Broken Wrist...from Eventing Nation... 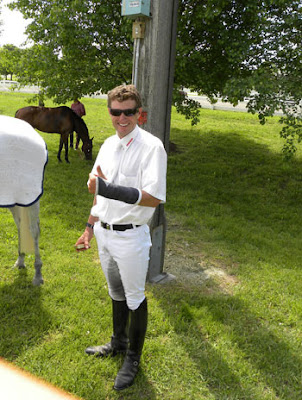 Today I want to relay a story that I hinted at briefly during Jersey but that now deserves a full explanation. To protect the identity of the story's subject, we will call him Boyd Martin. I can't relay the story with the same hilarity of Boyd telling it, but it is amazing nonetheless. I found Boyd with a cast on his lhttp://www.blogger.com/img/blank.gifeft wrist Thursday at Jersey, and I asked him what happened....

To read the rest of the story, go to EventingNation.com
Posted by Amber Heintzberger at 2:29 PM No comments:

Our friends at Land Rover USA, sponsors of the US Eventing Team, have posted some candid shots on their Facebook Fan Page from the Rolex Kentucky three-day event photo shoot. Follow this link to see some fun shots of Boyd and a few other riders in the Land Rover slide show!
Posted by Amber Heintzberger at 8:12 AM No comments:

Here is a selection of photos from Jersey Fresh thanks to Laurie Cameron: 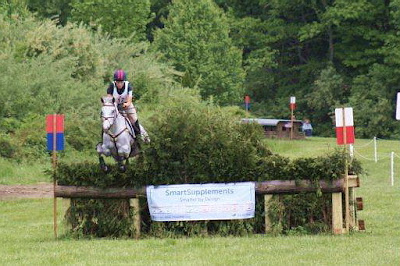 Caitlin Silliman and Catch A Star 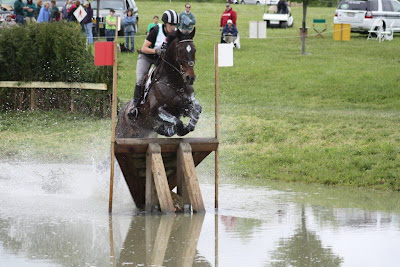 Erin Sylvester and No Boundaries 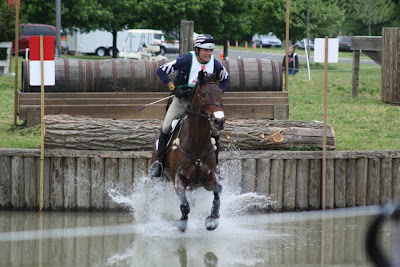 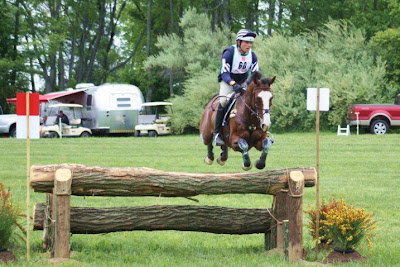 Boyd Martin and the Otis Barbotiere Syndicate's Otis Barbotiere
And click here for a nice one from Molly Sorge at The Chronicle of the Horse
Posted by Amber Heintzberger at 10:34 AM No comments:

The final day of competition at the Jersey Fresh three-day event was a successful one. All of the horses that I was involved with trotted up sound and passed the veterinary inspection this morning which is is always a relief at a three-day event after giving the horses a good run cross-country the day before, but thankfully it looks like all of our horses came out of it fit and sound.

Dana Diemer's Cold Harbor jumped a good round in the CCI2*. I had one rail down with him - the front rail of an oxer going into a triple - which I believe he misread a little bit because it was the only awkward jump we had on course. He finished in 9th placed, which is a credible effort considering how green he is and that this was his first time competing at this level.

My working student Caitlin Silliman went in and rode beautifully, jumping a clear round on her mare Catch A Star in the CCI2*. Caitlin made me very proud with the way she rode in all three phases this weekend and proved yet again that she is one of America's most exciting young riders and is about to become a serious rock star! She finished in second place which was a huge effort considering the competition she was up against. She now is faced with the wonderful dilemma whether to try to take the horse to the Pan-Am Games or to try to compete at the CCI*** at Fair Hill. One thing is for sure, we will be hearing a lot more about Caitlin and Catch A Star.

In the CIC2* Guypowder Valley, owned by Maddi Fleit, shared a record at this event for moving up the most places - he was in 21st after dressage and moved up to 5th overall with clear cross-country and show jumping rounds. Guy is definitely an advanced horse and I hope this credible performance will help get him sold to his next rider.

Faye Woolf's Call Me Ollie show jumped a great round today in the CIC2*, where he finished 9th. This is a bold, scopey horse that likes to take the fences on We're slowly figuring each other out and he put in a top show jumping round, unfortunately having the last rail down, a vertical out of a combination that I let him get a little too close to. Ollie and I will not be aiming for a spring three-day event for the moment as both Faye and I have agreed that he and I need to work each other out and the best way to do this is to horse trial him and train him for the next few months and then try for a three-day right at the end of the year. I feel like it was been a productive weekend together, working out getting to know each other.

Erin Sylvester's ride on No Boundaries in the CCI3* was the only disappointing part to my day. Erin has worked very hard on Bucky's show jumping and today just wasn't her day. He warmed up great and I felt she rode him well in the ring but unfortunately Bucky seemed a bit tired and had a couple of rails down, which was shattering to Erin There's one thing I know about Erin Sylvester is she is a very determined young lady and will probably be over analyzing the round and eager to get back on her horse and improve next time out. All in all I'm impressed with Erin's performance this weekend: she is competing at the highest level and starting to look like a real pro.

My final ride of the weekend was Otis Barbotiere in the 3*. The time was tight and Otis was jumping well until I let him get a little bit long and strung out to the final combination, where I needed to re-balance him a little more. He had two rails late in the course which was heartbreaking but overall he jumped a good round. The show jumping was so tough in the 3* that we actually stayed in fourth place, which was another credible effort for this horse.

The Jersey Fresh three-day event was a fantastic event and was not short of controversy. It was an interesting event which saw some of the leading riders voice their concerns to the officiating committee and there were certain aspects of the event that can improved on next time. Being a Rider's Rep, I was given the duty of overseeing the meeting between the riders and the ground jury and I thought it was a productive meeting which hopefully will improve the event next time around. For me it's always a nerve wracking moment when a rider questions judges' actions and decisions as there's always that eerie feeling that you're going to be judged by these people again in the future, so I think that it was a positive, open discussion where the riders put their thoughts forward and the ground jury's thoughts and feelings were explained after the riders.

-Boyd
Posted by Amber Heintzberger at 5:04 PM No comments: