Your Next Star is Estival Star!! 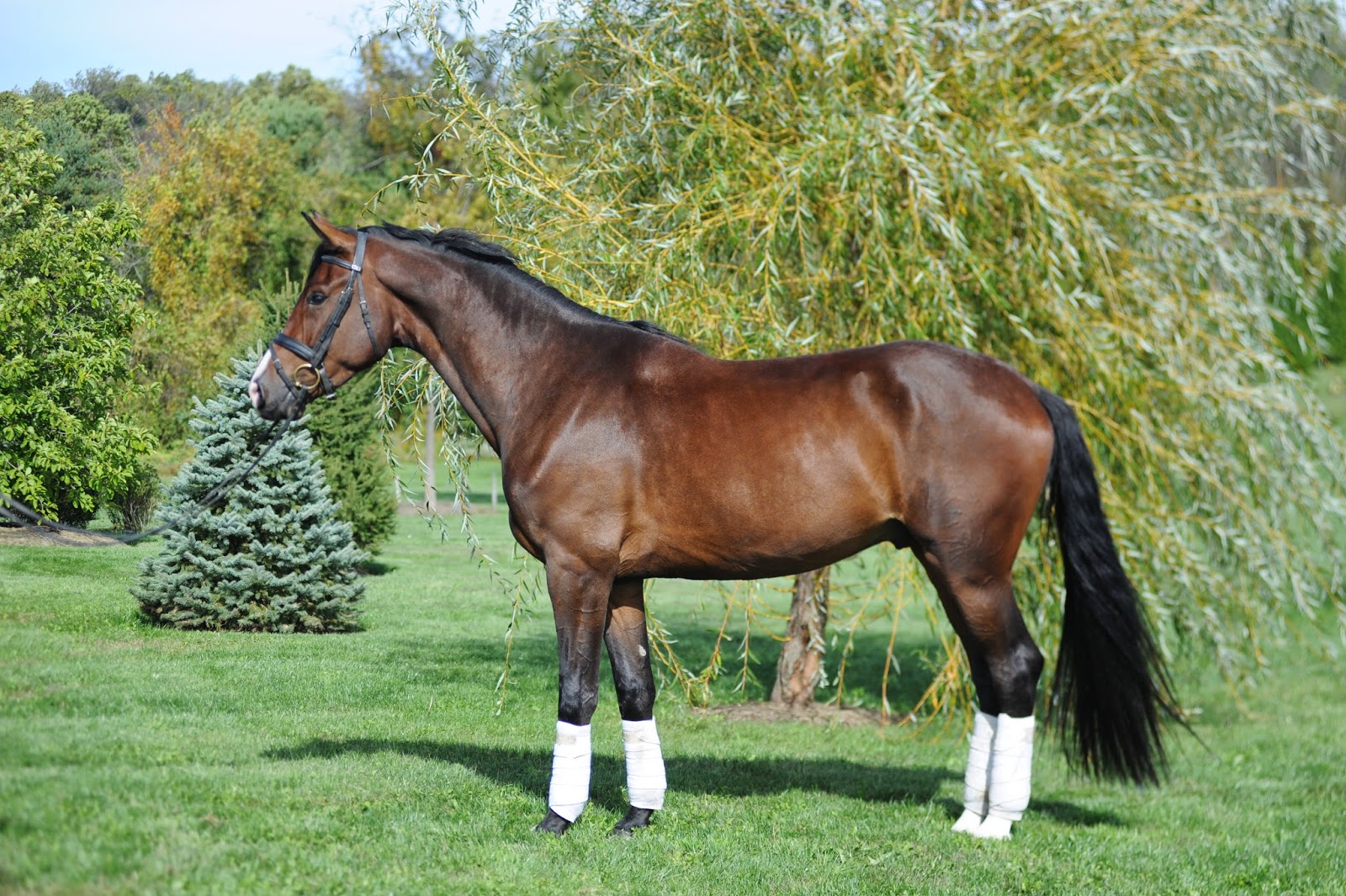 "Estival Star" is an imported 3-year-old German Hannoverian gelding of international caliber. "Ernie" has three exceptional gaits with an obvious talent for passage and piaffe. He is the outcome of impeccable breeding. His sire "Estobar NRW" is a premium stallion who was champion at his licensing test with the highest marks. "Estobar"s first crop alone already produced two licensed stallions. One of his sons , "Escolar", won the Bundeschampionat, the highest honor for a young German horse, with unprecedented scores in 2012 and 2013. Another son, "Equitaris" was the winner of this year's young stallion Bundeschampionat. Both "Estobar" and "Escolar" are being trained by one of Germany's most respected riders, Hubertus Schmidt.

"Ernie"s dam is also a highly decorated State Premium Mare by "Stedinger", one of the most famous sons of the legendary "Sandro Hit". 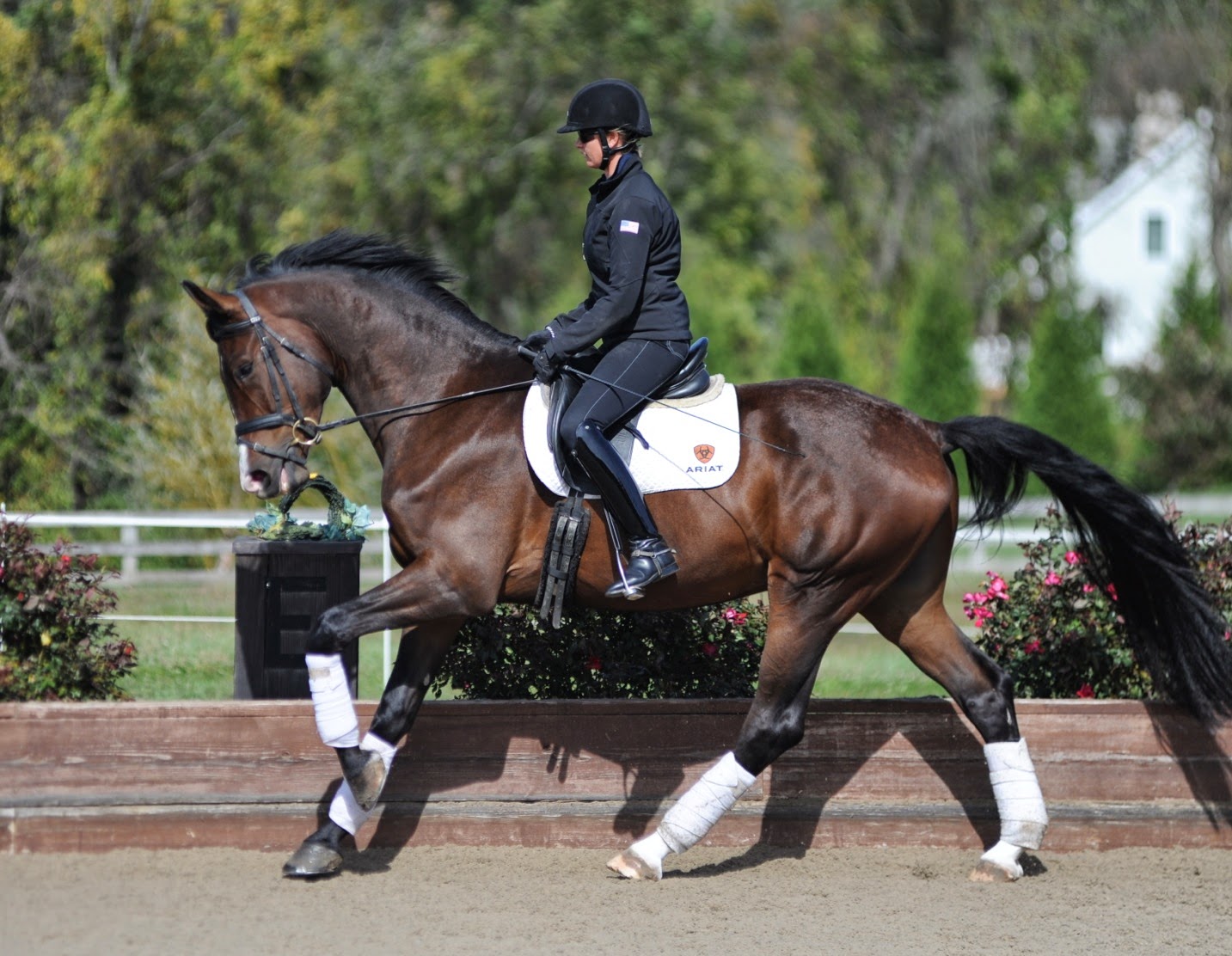 As a foal "Ernie" was the winner of the 2011 foal show in Sottrum, Germany. He was one of the highlights of the 2011 Hannoverian Elite Foal Auction in Verden in August 2011. The same year he was imported to the USA and was carefully raised in the hills of Central Pennsylvania. He has been in professional training from the start. His first competition was Dressage at Devon 2014 where he won the the Materiale Class for 3-year-old colts and geldings. 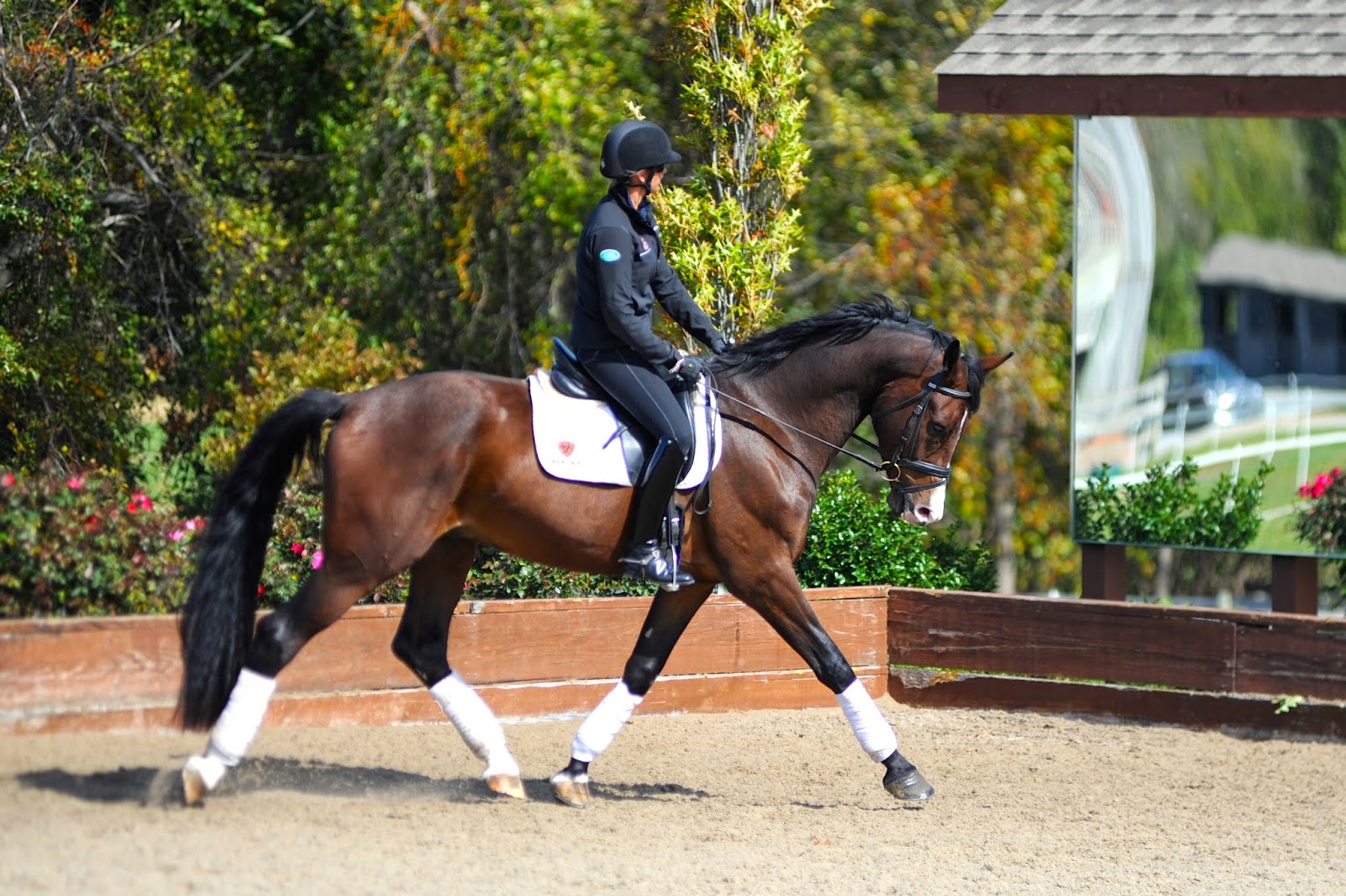 Apart from his remarkable talent for dressage, he charms those who meet him with an alert but calm attitude which is second to none in a three-year-old. His willingness to work also stands out. And, of course, he stands for the farrier, the vet and loads easily. "Ernie" is a young horse of great promise who is looking for a kind rider who will take him to great success at the highest levels. 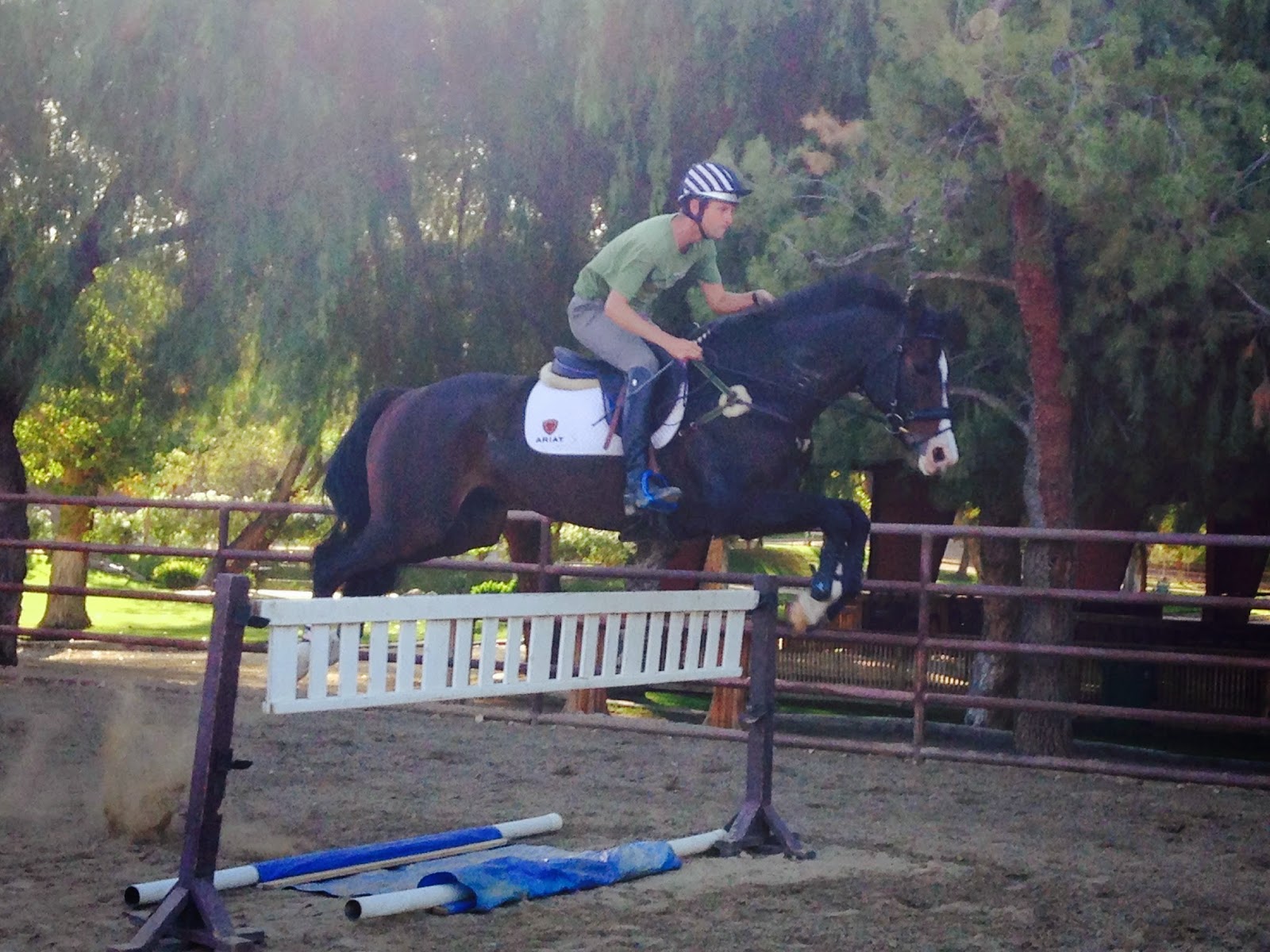 Posted by Amber Heintzberger at 9:59 AM No comments: 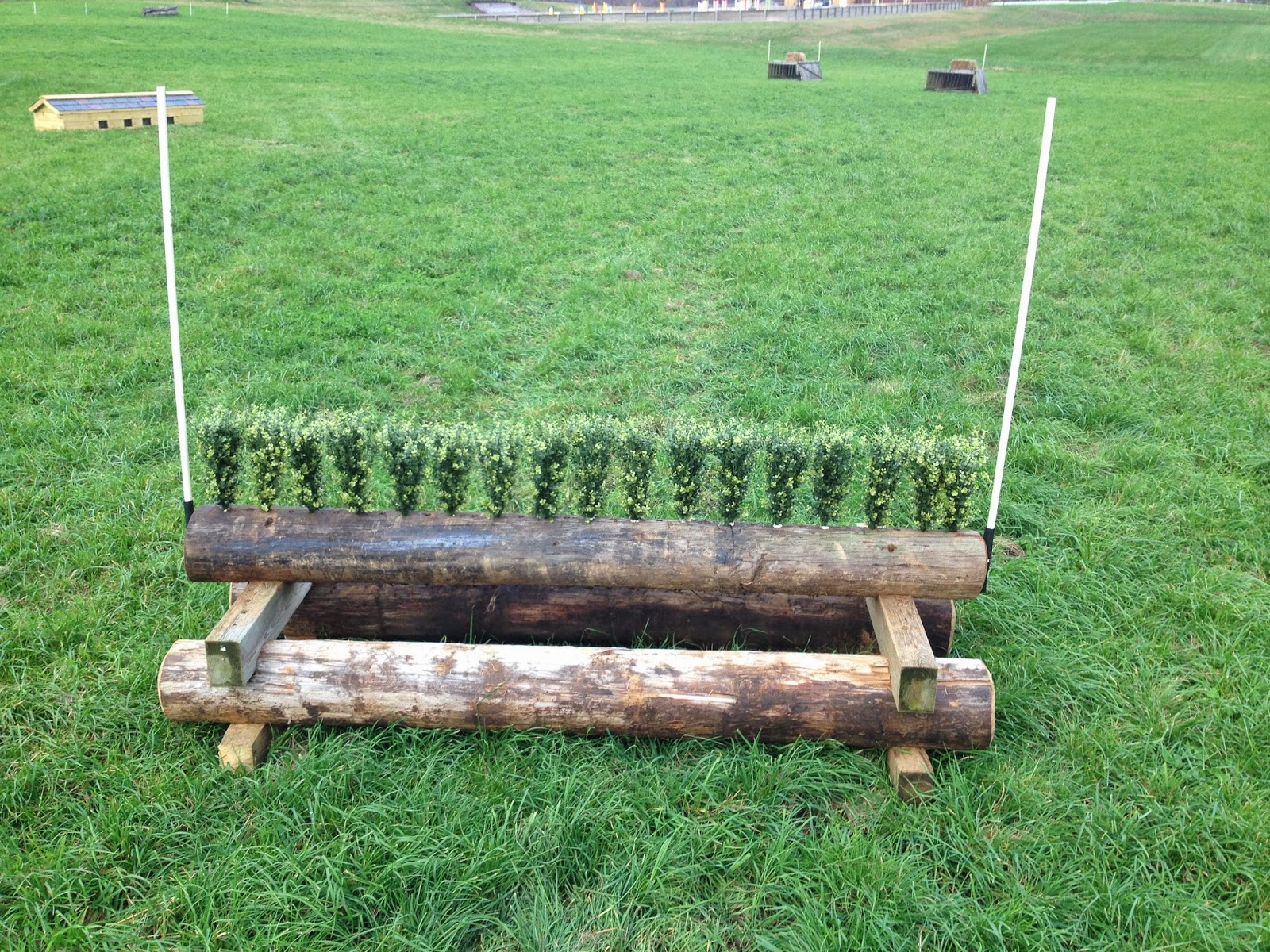 A big thank you to up and coming course builder Dylan Barry from . Dylan was out at the Fair Hill International last week assisting Eric Bull and learning the ins and outs of course building and design from Derek diGrazia. Dylan was good enough to knock an old telephone pole into quite an impressive-looking schooling jump that is now on our course at Windurra. As you can see from the photo Dylan’s work is exceptional: the construction and design that transformed a throw-away pole into an impressive cross-country jump is remarkable.

-Boyd
Posted by Amber Heintzberger at 7:50 PM No comments:

Galway Downs International CCI3* Next Up

Vero Beach, FL: The Professional Riders Organization is pleased to announce that Eventing Nation has come on board as a joint partner on PRO TV with a planned broadcast at Galway Downs International CCI3*, November 2, 2014.

Spencer Sturmey and Samantha Clark will continue to lead the commentary team and new feature segments with EN's Jenni Autry will be introduced. Live twitter feeds will also become part of the broadcast so that eventing fans can show the world how strong their social media presence is. Dana Vorhees of Van Productions has been hired as Executive Producer for Galway Downs International and is responsible for coordinating all production aspects.

"This is a solid partnership for PRO TV," said Buck Davidson, Vice-President of the Professional Rider's Organization. "Each of the partners brings their strengths to the table and we believe that we complement each other very well."

"Live broadcasts are extremely important to increase visibility and attract supporters for the sport, so we're excited to be partnering with PRO to further this initiative," Jenni Autry, Eventing Nation's Managing Editor, said.

The PRO TV broadcast at Galway Downs has been made possible through the additional support of private individuals as well as Merial and Equine Insurance.

The PRO TV broadcast from Galway Downs will feature the CCI3* division, which is part of the PRO Tour Series. The broadcast will begin at 2PM PDT/5PM EDT on Sunday, November 2nd.

PRO TV is broadcast on the PRO TV Livestream channel, http://new.livestream.com/PROTV. A Livestream App for TV, iPhone, iPad and Android can also be downloaded from the iTunes Store and Google Play. Follow the events on the PRO TV channel to receive automatic updates on any schedule changes.

Posted by Amber Heintzberger at 11:05 AM No comments: