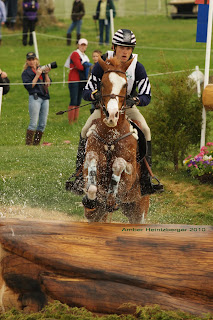 Neville was the trailblazer today and proved that he was a seasoned cross-country horse. He cruised around the cross-country course under the optimum time, hardly raising a sweat. He pulled up well and looks in pretty good nick for the show jumping tomorrow. 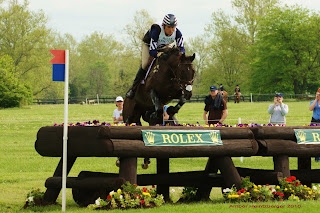 Remington proved all the critics wrong today and raced around the course like a true four-star horse. He even surprised me with plenty left in the tank at the end of the course. Surprisingly enough he felt like a seasoned campaigner that’s been doing this all his life. 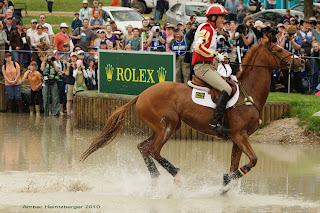 My last ride of the day was Rock on Rose, who flew around the course and felt a little bit green at some of the trickier combinations but never gave me a moment where I felt she needed to quit. We were held on the course after the seven-minute mark while Oliver Townsend was airlifted after his fall. It was a little bit hard to get a good rhythm going as two fences after our hold was the treacherous Quarry. She gave all she had the whole way around and easily finished under the time.

All three horses look sound and fresh and we’re hoping for the best tomorrow with good show jumping rounds.

Posted by Amber Heintzberger at 3:45 PM No comments: 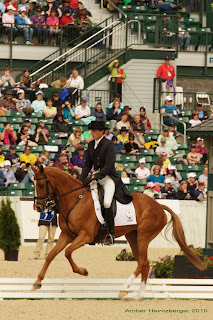 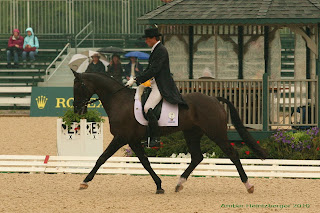 Photos of Rock on Rose (top) and Remington XXV (bottom) copyright Amber Heintzberger
I think all three horses did reasonably good dressage tests, though Remi and Neville had movements I didn’t ride correctly so though they’re not far off the lead they could have scored better. I was thrilled with Rock on Rose – she was second to last to go and there was a packed house. She showed how much she’s matured in her training and I was over the moon.

The course is tough I think, it’s obviously a four-star track; it’s long and there are questions scattered around the course. It sounds like Phillip’s withdrawn Kheops du Quesnay so Neville is the trailblazer tomorrow morning. After I ride Neville around I’ll have a little bit of an advantage and a feeling for the course, which should help with Lusty and Remi doing their first four-star event.

The video is up on three days three ways so be sure to check it out!

Also be sure to watch this video of the trot-up, courtesy of sponsor ecogold.

Posted by Amber Heintzberger at 8:35 PM No comments: 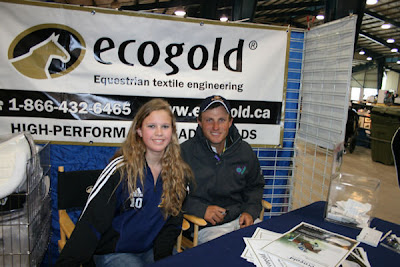 Thanks to Patricia Da Silva from Ecogold for sending this photo of Boyd signing autographs today at the Ecogold booth in the trade fair at Rolex! Be sure to stop by and do some shopping!
Posted by Amber Heintzberger at 10:31 PM No comments:

Boyd and Neville Sixth after First Day of Dressage in KY

Boyd and Neville are sixth after the first day of dressage in Kentucky! For the live scoreboard click here and follow the link. Stay tuned tomorrow for news about Lusty and Remi's tests.
Posted by Amber Heintzberger at 10:27 PM No comments: 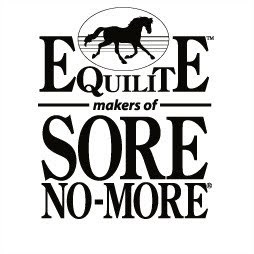 Boyd has joined the EQUILITE™ team of Ambassadors. EQUILITE™ brand products are produced by Arenus, makers of Steadfast Joint and Assure Digestive Aid health products and topicals which include the world famous Sore No-More® brand of liniments.
“We are very excited to have Boyd join our team,” said Stacey Small, creator of the EQUILITE™ line of products. “Boyd and his team are very knowledgeable and they have been using our products for years. We are thrilled to be partnering with Boyd as he makes his bid for the World Equestrian Games in Kentucky and EQUILITE™ will be with him every step of the way.”
Shannon is a huge fan of the Equilite line of products. “We love the EQUILITE™ products and Boyd can certainly tell a difference with his horses when the products are being used,” said Shannon Kinsley, Martin’s assistant. “I have used the Sore No-More liniment and Sore No-More Gelotion for years and use it every day on the backs and legs of Boyd’s horses.”
Kinsley added that they also use the Ricochet Horse™ Spray and Horse Wipes. “I really love the horse spray and I am also a big fan of the Sore No-More Shampoo and Sore No-More Poultice,” she said. “The health and well-being of our horses is extremely important to Boyd and his team, so partnering with EQUILITE™ is a wonderful thing. Their products contain natural ingredients and contain no harsh abrasives, which we love.”
Posted by Lisa Thomas at 8:29 AM No comments:

Lexington, Ky., April 20 -The cloud of volcanic ash that has canceled hundreds of airplane flights from Europe has forced the organizers of the Rolex Kentucky Three-Day Event, presented by Bridgestone, to replace four of its officials at the last minute.

Only Ulrich Schmitz of Arizona remains of the three people scheduled to be the judges for the Rolex Kentucky Three-Day Event. Marilyn Payne, of New Jersey, will replace Anne-Mette Binder of Denmark, and Christian Landholt of Switzerland will replace Sue Baxter of Great Britain. Gretchen Butts of Maryland has been named as the technical delegate, although Tom Ryckewaert of Belgium may arrive later in the week.

In addition, Mike Etherington-Smith of Great Britain, who's been the Rolex Kentucky cross-country course designer since 1994, is not expected to arrive until Friday, the day before the cross-country phase. Derek di Grazia of California will stand in for him.

Joan Macartney of Canada has replaced Stephen Clarke of Great Britain as the president of the five-member ground jury, and Charlotte Bredahl, of California, has replaced Wojtek Markoski of Poland. Mary Seefried of Australia, Janet Foy of Colorado, and Linda Zang of Maryland remain.

The Kentucky Cup CSI, the show jumping test event, begins on Friday evening and continues on Saturday and Sunday evenings. The ground jury remains unchanged, but course designer Conrad Homfeld of the United States has been trapped in Europe. Richard Jeffery of Great Britain, who has designed the beautiful show jumping courses at the Rolex Kentucky Three-Day Event for a decade, will replace Homfeld. American Karen Golding was scheduled to be the show jumping chief steward, but she too has been trapped in Europe and will be replaced by Peter Lane of Canada.

Two of Great Britain's leading contenders for the Rolex Kentucky Three-Day Event have had to endure trains, planes and automobiles to reach Lexington. Oliver Townend, who will become only he second rider to achieve the $350,000 Rolex Grand Slam if he wins this weekend, took a train to Paris and then paid $3,000 to ride in a taxi from Paris to Madrid in order to catch a flight to Miami. He arrived in Lexington just after 11:00 this morning. William Fox-Pitt missed his train to Madrid but was able to persuade a neighbor to give him a ride in his private plane to reach Madrid in time for his U.S.-bound flight.

The Rolex Kentucky Three-Day Event, presented by Bridgestone, is America's only four-star competition. The world's best horses and rides vie for $250,000 in prize money and the coveted Rolex Championship.

This year NBC has expanded its television coverage of the Rolex Kentucky Three-Day Event from 60 to 90 minutes. The program will air on Saturday, May 15, from 3:00 to 4:30 EDT, just prior to the Preakness Stakes.
Posted by Amber Heintzberger at 9:38 PM No comments:

Hello From the Kentucky Horse Park! 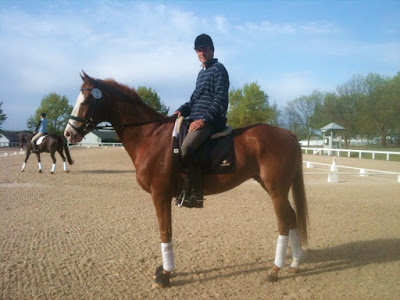 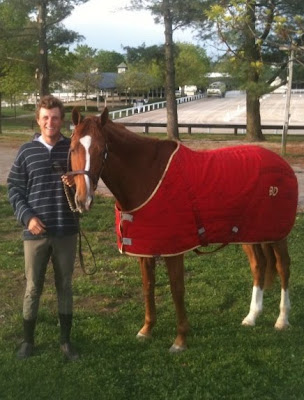 All three of the ponies arrived safe and sound at the Kentucky Horse Park. Unfortunately our trip was interrupted by the PA State Troopers who pulled us over and fined us for not having the correct license for the truck and trailers, but after a bit of smooth talking we got on the road and arrived in KY at about 2pm. I hacked around a bit yesterday afternoon and today had serious dressage schools on all three horses. They all feel like they’re in good form and we’re now gearing up for the jog tomorrow at 3:00pm.

Be sure to check out our sponsor Ecogold's website for a great Rolex preview!

Also find a great and very comprehensive Rolex preview at Eventingnation.com
Posted by Amber Heintzberger at 9:21 PM No comments: 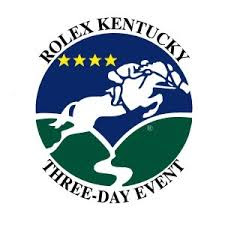 According to this poll from EventingNation.com, Boyd's got lots of fans pulling for him at Kentucky! Go Boyd!