In my opinion, the most exciting test of the day was Silva's ride on Otis, as it was Otis' first time back in the ring since the Olympics last year. He did well, scoring in the 70s in his third and fourth level tests.

Caitlin Silliman and Sawyer Gilker had rides on several of the less experienced event horses, giving them mileage so they can be successful in their eventing dressage tests. Caitlin rode Densey Juvonen's HH Lancaster and Bonnie Stedt's Quinn Himself at first level, and Carolyn Blitz's High Aspirations at training level, while Sawyer rode Amy Lindgren's Ray Price W and Wallaroo W in training level tests.

Kymmy Pullen put in an excellent training level test on Jones, a wonderful horse that we have for sale, scoring 70.8. He caught the eye of several people with his fluid movement and unflappable personality.

Wednesday also served as Boyd's first day back in the ring following his ankle surgery after Rolex. He requested special permission to ride without stirrups, as he has been doing at home for the past several weeks, but was unable to receive para-rider status. So, with stirrups for the first time since his surgery, Boyd rode Anne Hennessey's New Cadet and Lucy Boynton's Crackerjack in second level tests. They both had very nice tests.

Posted by Amber Heintzberger at 1:28 PM No comments: 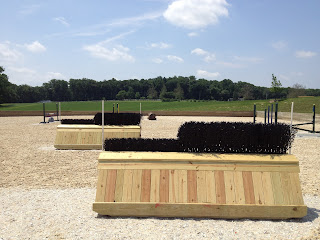 We have quite a range of schooling fences at Windurra now, thanks to the excellent craftsmanship of Eric Bull and his crew. I came up with the design of some of the four-star jumps I’ve been facing on course, and Eric managed to scale them down to training and prelim height which has been helpful in developing the younger horses in new and interesting ways.


I teach clinics all around the country and it’s essential to have really well built, quality jumps. Without question Eric builds the best jumps out there. They’re horse and rider-friendly because he has a great understanding, from his years in eventing, of what tends to jump well.

Eric's jumps are also very durable since he uses high-quality timber and hardware and really high-end brush. The course was quite an investment, but these jumps should last forever. The portables are easy to shift around, and Eric always has the safety of the horse in mind – they are very forgiving fences.

One of our new fences is a scalloped hedge, which we did in Training height, and we’ve also purchased a “hoop” jump so the horses become accustomed to jumping with something over their heads. The jumps range from Beginner Novice to Intermediate height, including ditches, corners…you name it. We don’t have water or banks yet, but we’ve got everything else. 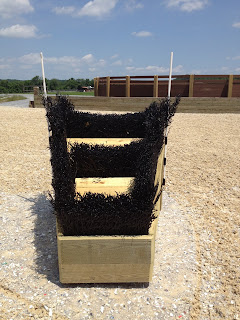 We’re charging $25/horse for schooling. No calling ahead is required, just park near the main barn, sign a waiver and head out and jump to your heart’s content. (Our excellent local medical services are handily right around the corner, should your schooling not go to plan). 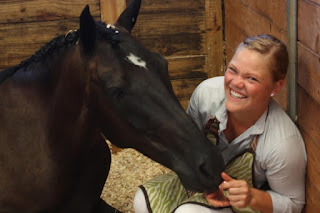 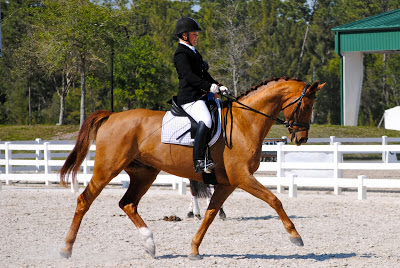 Gracia grew up on a farm in Nebraska and began riding at a very young age competing in local 4-H and Hunter shows throughout high school. Around the age of 15, she had her first Dressage lesson and continued to train with Jamee Amundson in Nebraska throughout high school. After graduation, Gracia moved with her horse to an unfamiliar place and became a working student for C. Michelle Folden in Charleston, Sc. While there, she spent 2 years furthering her riding and teaching skills.

Gracia came to Windurra riding at 2nd level, and has successfully competed through 4th level receiving her USDF Bronze medal through Silva's instruction. Gracia is very appreciative of her work with Silva (and Boyd) and is such honored to have such a great opportunity. We at Windurra USA appreciate all of Gracia's dedication and hard work!

Posted by Lisa Thomas at 5:00 PM No comments:

For Sale: Fergus Himself! 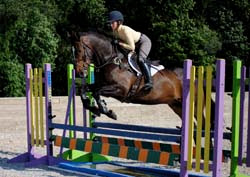 Fergus Himself is a pure gentleman and also a pure athlete when it comes to the sports of eventing and fox hunting. He has high quality breeding, being an imported Irish Sporthorse, by the super Irish stallion Argideen Vale. In the dressage, he has real workmanlike talent, with three impressive gaits. He has an uphill way of going, which the dressage judges love. 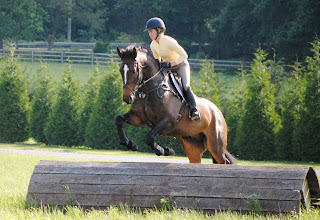 In the jumping, he is a straightforward ride. He is very bold and willing and has a great attitude over fences. This will make a great horse for someone who wants to do a little bit of everything including dressage, eventing and fox hunting. 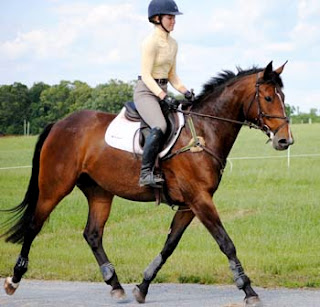 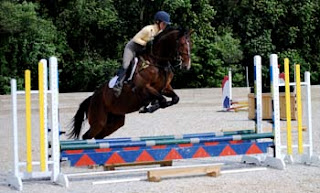 Billie Jean Halliday is a talented, young exciting horse that has had her basic training put into her. She is well bred for eventing with a perfect mixture of Holsteiner and Thoroughbred blood. In the dressage, she has three quality gaits, partnered up with a willingness to learn more. Her jumping education has just started and she has really taken to it.   She would also suit very well as a dressage prospect. 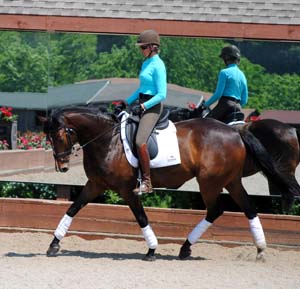 We've kept things pretty simple, but she is showing plenty of scope and a great attitude for the fences. Billie has a great future ahead of her, she is definitely a quality green horse and needs training, but this is reflected in her price.

Posted by Lisa Thomas at 4:03 PM No comments:

Talia Czapsi, a hard-working young event rider from Virginia, was hit by a drunk driver in a head on collision last week which left her seriously injured (two broken femurs, a broken hand and a broken foot). She was working two jobs to afford her horse; now she is laid up until her broken bones heal.

Patricia from ECOGOLD has organized a fundraiser: during the next week, 20% of all ECOGOLD sales placed in the eventing section of the website will be donated to Talia to help her cover her horse's expenses during her recovery.

Here's all the info: http://www.horsejunkiesunited.com/?p=62112.
Best wishes to Talia for a speedy recovery.
Posted by Amber Heintzberger at 9:21 PM 1 comment: