On the other side of the world a horse is getting broken in and is about to make a very large lifestyle change. Waranga is a three-year-old gelding by Copabella Visage (KWPN) out of a Brilliant Invader (Australian Thoroughbred) mare. Brilliant Invader was the sire of Ready Teddy (the horse with which NZ eventer Blyth Tait won both Olympic gold and the World Championships).

My old friend Gordon Bishop is breaking in Waranga before he starts his big trip to America at the end of this month. His early training has been going well according to Gordon and he looks to be a big, strong horse with huge movement.

Congratulations to Amy Lindgren, Minotaure Du Passoir's owner, for coming on board and owning this promising young horse. He may look a little rough in these photos, but I promise you this horse has all the tools to be a champion: movement, size, pedigree and talent.


-Boyd
Posted by Amber Heintzberger at 11:43 AM No comments: 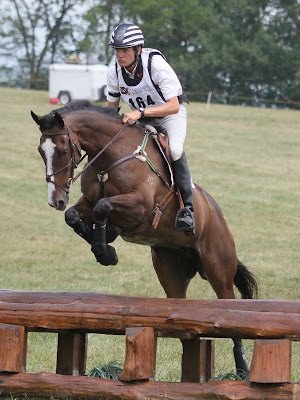 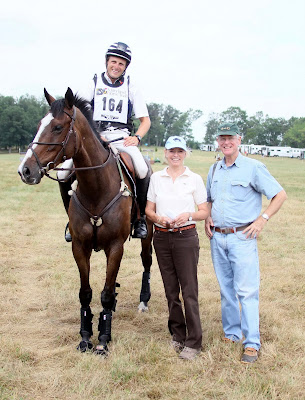 -Boyd
Posted by Amber Heintzberger at 6:18 PM No comments: 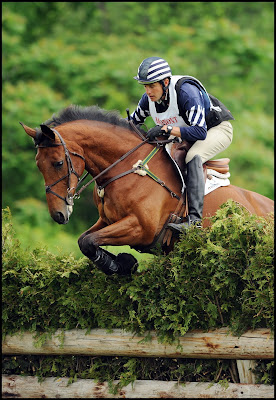 Minotaure du Passoir has officially been retired after his big win at the Bromont three-day event in Canada. His owner, Amy Lingren, has owned this great French horse for many years now. He has done it all in the world of Preliminary eventing. He has had 53 starts in total, with his last start being his most successful. In June he won the CCI* at Bromont, finishing on his dressage score. His other great moments were being the 2009 USEA Preliminary Horse of the Year, 1st at the Plantation CIC*, 2nd at the Bromont CCI* 2009, as well as 18 Preliminary wins in American Horse Trials.

He will remain in work at our barn with Amy as his main rider. He is still very sound, fit and happy. Both Amy and I agree that he has achieved everything there is to achieve in his eventing career at this level, so it is now time to focus our efforts on a new project...

I would like to take this opportunity to thank Amy for giving me the ride on this wonderful horse when I first arrived in this great country. I was truly unknown, and after his original rider Ryan Wood went back to live in Australia, Amy took a chance and gave me a shot at riding her horse. We have developed a great friendship thanks to this awesome horse, with great memories and fantastic performances.


-Boyd
Posted by Amber Heintzberger at 10:26 PM No comments:

Boyd is featured as a guest on the latest edition of the Eventing Radio show. Click the link below to listen:

Eventing Radio Episode 87 – Building a Partnership and Are You Ready for Your First Event
Posted by Amber Heintzberger at 4:07 PM No comments: