New Jersey Young Rider sensation Adrian Jones has purchased the impressive mare Sophia Fab this week. Sophia will join the ranks of Adrian's team of event horses which she competes in New Jersey & Florida. I have watched this gal ride over the last few years, and she has unbelievable natural talent and skill.

Sophia Fab was bred and formally owned by Laurie Cameron who has placed a number of horses with us over the years. Laurie sent us Sophia for breaking in in May and right from day one we knew this horse was going to be a ripper. She is bred beautifully and was a real pleasure to train. Our assistant rider Caitlin Silliman did a lot of the work with Sophia, which included a number of successful competitive eventing starts.

Cheers to Laurie, Adrian and Caitlin & all the best for Sophia's future!
Boyd
Posted by Amber Heintzberger at 9:01 PM No comments: 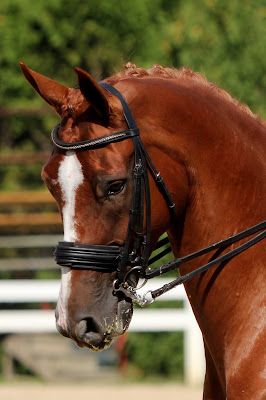 The Duvent Syndicate
In 2011 Duvent became a rising star at the Prix St. Georges level, capping off a successful year with a win and two seconds at Dressage at Devon. We are pleased to offer you the opportunity to join a syndicate to become part of Duvent’s journey to the Grand Prix level.

Duvent is an eight-year-old Hanoverian gelding by DeNiro out of Heidekind, a Rubinstein mare. He was bred by his current owners, Melinda Walton and T. Larry Smith, who will retain one share of the syndicate. Melinda and Larry generally sell their young stock, but they were excited by Duvent’s potential and wanted to take part in his career. Now they would like to open the door for a select group of individuals to join them in this experience.

While Duvent is currently valued at around USD$120,000, we are offering the five available shares at an affordable $15,000 per share plus an annual fixed maintenance fee of $6,000 per share. As Duvent progresses, his value, and the value of each share, will increase.

As his rider, I would like the opportunity to develop Duvent into a Grand prix horse. He is sensitive and thrives on the relationship that we have built over time. He is a very beautiful horse that spectators follow from the warm-up ring to the arena because he’s brilliant looking and impressive. He is also a hot horse, so we have had our ups and downs, but everything is really coming together and I think he is going to be something special.

This syndicate is an opportunity become part of a group of like-minded individuals working together to achieve a common goal. To join us, please contact me for a copy of the syndicate agreement.

The USEA is delighted to welcome a new company to our line-up of corporate sponsors. In 2012 Point Two will be the Official Air Jackets of the USEA. Point Two will be supporting many of the USEA’s programs with ProAir vests and PS-RS Hybrid jackets as well as gift certificates and prize money.
“Our passion for increasing safety in eventing underpins everything Point Two is working towards and we can think of no better partner to aid us in this than the USEA,” said Megan Gardiner.” By sponsoring the USEA we hope we can continue to help all eventers be as safe as possible both through use of our jackets and the continuation of USEA initiatives to increase and promote safety throughout the sport.”

Point Two will be the title sponsor of the Pony of the Year Leaderboard and will award a PS-RS Hybrid jacket to the winner at this year’s Annual Meeting and Convention. A PS-RS will also be awarded to the Young Rider of the year.
(Right: The Point Two ProAir comes in handy when you take an unexpected dip in the water jump. Leslie Mintz/USEA Photo.)
At the 2012 Nutrena/USEA American Eventing Championships, Point Two will be providing a slew of prizes. The competitors in the Training Amateur division will have a chance to earn a PS-RS and the winner of the Junior Novice division will be awarded a ProAir Jacket. In addition every other division winner will earn a $200 gift certificate and every second through sixth place winner will receive a $100 gift certificate.
Point Two gift certificates are also going to be given to winners in the SmartPak/USEA Classic Series, Adequan Gold Cup Series, and the USEA Young Event Horse Series.
The USEA is thrilled that Point Two has decided to offer our members a chance to win such a plethora of products and prizes.

About Point Two
Point Two was established in the summer of 2008, based on air vest technology available in the motorcycling industry, and in 2009 Point Two produced the first version of the ever-popular ProAir vest.
(Left: 2010 Preliminary Amateur AEC Champions, Lynne Partridge and El Cid jump the Point Two fence on cross-country at the 2010 AEC. Leslie Threlkeld Photo.)
Over the past two years, the ProAir vest has evolved to inflate even faster and provide the rider with higher levels of comfort, as well as new colors, designs, and sizes.
The Child’s ProAir became available in September 2010, and in the summer of 2011, after 18 months of development, the combination air vest-body protector P2-RS was launched. A child’s version of this hybrid jacket is due in shops shortly.
Point Two is always looking for new and improved ways to help protect all horse riders and carriage drivers, regardless of their discipline or ability, whether in competition or hacking and schooling at home.
Visit the Point Two website to learn more about their products and find a stockist near you.
Interested in sponsoring the USEA? Contact Leslie Mintz for more information or check out the Sponsorship Opportunitiesavailable.
Posted by Lisa Thomas at 9:54 AM No comments:

Boyd Speaks About The Positive Effects of Arenus/Equilite Products!

Boyd has had a long relationship with Arenus, dating back to his endorsement of their original line of Sore No More, Herbal Blends and Flower Essences created by Equilite.  Arenus, now the parent company of Equilite, offers a full line of animal products which includes joint, digestive, behavior, respiratory, hoof, muscle, reproductive and immunity support products. 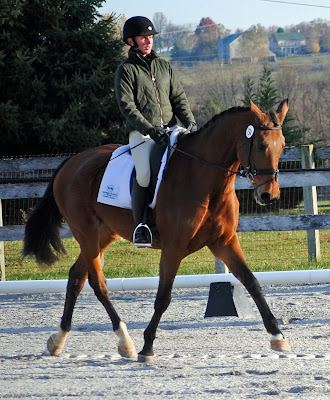 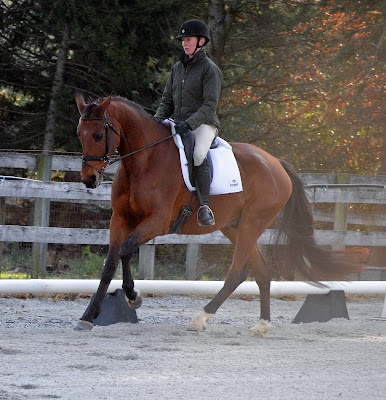 
Cheers,
Boyd
Posted by Amber Heintzberger at 9:04 AM 1 comment: