First of all I’m really proud of my ladies, who were amazing. Pam Murphy rode Casino Royale – for the first time in 20 years Pam compete. was bred by Melinda Walton and Larry Smith and this was only his 2nd competition. They got 66% and 4th place in Training level, which was a great result for them. He’s by Royal Prince, from Hilltop Farm, and is going to be five this year.

Amy Heron rode Constantina RRS, also bred by Linda by Contucci out of a Rubinstein mare. She’s gorgeous and was her usual perfect self. She doesn’t like the bottom ring at this venue for some reason, but she had a much better ride than every other time they’ve been there and placed third in First level test 2.

Kymmy had a busy and very successful weekend! She rode Just a Flirt who’s owned by Joan Fenton who took the photos – many thanks! She’s a young horse and hasn’t shown much at all. Joan has owned her for a few months, she bought her before the season. She was amazing at the shows, really, really excellent and won first level 2 with 71%.

Kymmy also rode Sandy Retzlaff’s Rigoletto in third level. I was really excited because Rogiletto is green at this level and they placed second with 68%. That was a great result.

Kymmy rode Danka Shoene, Larry and Melinda’s baby – he’s a half-brother to Benny and is just like him, he’s quiet as quiet could be. They did training level and placed 3rd in T-3 with 69%.
With her own horse Hot Date Kymmy competed in 2nd level tests 2 and 3 and won both classes with 68 and 69%.

Then Sir Eastwood did Open T-2 and 3 and won both classes with 72 and 75%. Pretty awesome!

Gracia rode Colin in their first PSG and finished second! She had some bobbles with the trot which was unfortunate but she got all the stuff we’ve been working on at home. Now they are both FEI competitors! Colin is for sale and would be a super horse for a Young Rider or Amateur. He’s very reasonably priced for his level, so give us a call if you’re interested.

Scout rode her own mare, Maybelline, who is a very exciting young horse. She gets a little hard to ride sometimes but Scout did a great job to finish 3rd on 67% in Training level.

She also rode Mike and Anne Laver and Gloria Callen’s horse Bright Side, the horse we bought in Ireland for me to ride, and did such a good job, I’m very proud of her. He’s never been in the dressage ring before and I wanted him to just go to the show and play. Gracia did a fantastic job and they scored 72% in Young Riders Training 2 and won Training 3 with 75%.

ichael Pindleton rode two horses for Boyd and did really well. Boo Ya is a Thoroughbred and Barry is a ¾ Thoroughbred. They’re both young event horses and Boyd wanted them to get some exposure to the dressage show.  He earned 68% for Barry Boo and Ya was 67% at Training 1.

Kat Lissett works for Boyd and rode Ray Price and Wallaroo, two horses that we bred in ; we own them with Amy Lindgren. Kat did a really good job riding both of them: Ray Price competed in Training, Test 2 with 74% and Wallaroo scored 61%, I’m not sure how he placed but they both did really well.

I was coaching all of them and felt good. I wanted to be out there doing it myself but there were lots of people at the show that I haven’t seen in a long time, and it was fun to get a chance to catch up with everyone. Melinda came to watch and it was great to see her, and to see all my students do so well was a great bonus!

Our next show is in New Jersey on Memorial Day weekend. Boyd and I will also both be teaching the clinic at Fitch’s Corner in Millbrook, NY that weekend.


Posted by Amber Heintzberger at 12:19 PM No comments: 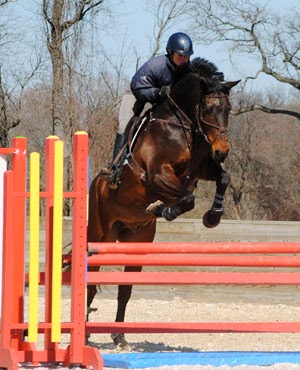 
6 year old imported Irish sport horse from the famous Fernhill Stables in Tipperary. Finn was imported into the US in 2013 and produced up to the Training level with Julie Richards before coming to Windurra. He's bred brilliantly with famous pedigree out of a Master Imp mare.

In the dressage he's a beautiful mover with big soft flowing gates that the judges love. His jump is also soft & careful with lots of scope. On XC he has a nice balanced gallop & he's keen to the fences.

Finn McCool has been professionally trained & was not rushed up the levels. He's been very successful winning many trainings & is ready for 2014 to move up to Prelim. It's tough to find such a quality horse for sale at his age. 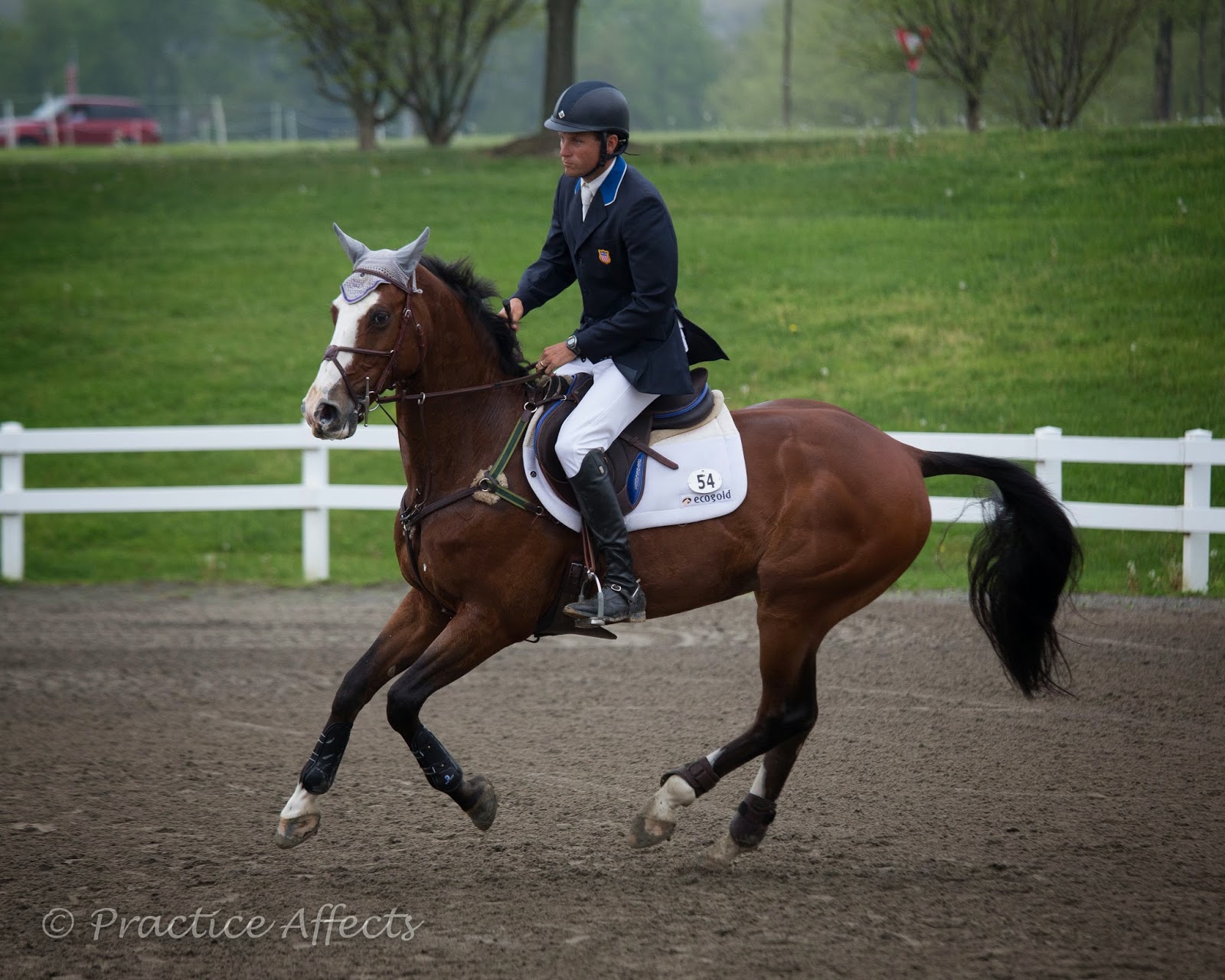 Thanks to photographer Ellie Rutan for sharing these photos from the Jersey Fresh Three-Day Event!
Posted by Amber Heintzberger at 9:39 AM No comments:

SBF Eowyn, or "Wynnie", is a talented young mare with excellent breeding and has had a brilliant start to her competition career. She is offered at an attractive price and is currently available in Cochranville, PA.