Bring your horses out to Windurra to school our cross country course. Jumps from beginner novice to advanced including water, a sunken road,  ditches and banks, a keyhole and more. The course is OPEN! 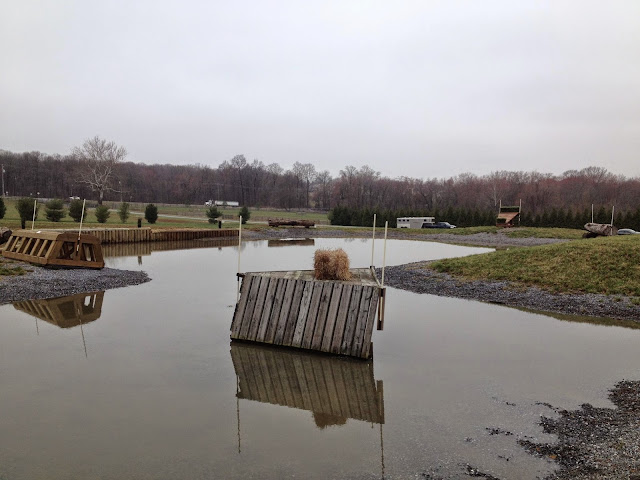 Thanks to Our Sponsors

One thing I’m feeling very confident about heading in to Rolex Kentucky is our preparation. I’ve put the horses on a new feed from Purina called Super Sport, which helps keep the energy levels up with all the hard work they’re doing. With the high grain diet required for all this energy, combined with travel and competition stress, ulcers can be a concern, so we have them all on Smart Gut from Smartpak, which is a feed additive that definitely helps with their digestion.

I’ve also partnered with Stuebben and it’s been a wonderful experience riding in their saddles; I get a great, secure feel and the horses’ backs feel good. We’ve been training and competing in the Majyk Equipe show jumping and cross-country boots and I’m happy to say the horses’ legs have been well protected throughout the year.

We are extremely lucky to be preparing the horses on Attwood footing. Galloping on Will Faudree’s track, training at Stable View over the winter in Aiken, and now at home at Windurra, the footing is great for the horses’ legs.

The horses and I are also well dressed: I’ve been looking very fashionable in my Ariat apparel and feel well protected with my Charles Owen helmet and body protector. Shires kept the horses warm and toasty through the cold winter and they’re in good condition with nice shiny coats.

When you're browsing the spectacular trade fair at Rolex Kentucky, be sure to look up our sponsors and thank them for supporting eventing, and take the opportunity to pick up some of their excellent products.

-Boyd
Posted by Amber Heintzberger at 9:58 PM No comments:

Who goes to a dressage show over Easter weekend after a winter like the one we had in PA? January wasn't fun, February was awful and March wasn't much better. It was all you could do to just keep the horses fit. (As context, Devon Seery, Amy Heron and I were part of the 'left behinds' at Windurra while Silva, Jerusha and Jessie, and most of the show horses, went off to do the sunny Florida circuit. Thanks to Sally Lofting and Alexa for taking such good care of us while Silva was away!)


Silva left us strict orders to "just keep the horses going" and we dutifully tried to do so. Amy and I are thankful to Devon, Silva's super working student and most wonderful apprentice, for being such a terrific minder and guide while Silva was away. Now Silva is back and despite the lack of lots of training and the terrible weather, (and the fact I was away in Japan for two weeks prior to the show), we decided to head to Virginia for Morven Park's first recognized dressage show this past weekend. We had a terrific time and happily, Melinda Walton and Larry Smith were there to cheer us on and watch their horses go: Benefactor RRS (Benny), Duvent, Constantine RRS (CeCe) and Rio Royale RRS.


Silva rode Benny and CeCe, and of course, Benny was awesome and had the high point score in third level. He is perfect, willing and one of the best young dressage horses ever! Larry and Benny are soul mates and shows are always more fun when Larry comes ...


CeCe was also super and Amy, her owner, was happy with her new red, while and blue towels for CeCe's first, second and fourth placings! While Amy didn't ride at this show, she was a great help with all the horses and her cheerfulness and support were most appreciated by all.


This was Devon and Duvent's first time to compete as a team and what a team they were ... and what a force they will be in the future! Devon is a smooth, calm and elegant rider and Duvent, while not as calm, is equally elegant and talented. It will be exciting to see them evolve over the next few months. Despite this being their first time out, Dev got a first in blue and white in her Third level test 3 classes - both were qualifying scores!


Posted by Amber Heintzberger at 9:41 AM No comments:

The Fork Horse Trials produced another fantastic event in Norwood, NC. I took most of my upper-level horses down there to participate. The cross-country course was a good confidence-builder for the three-day events looming in the not too distant future. In the three-star Crackerjack and Master Frisky put in stellar performances. Crackers got a little excited in the dressage but jumped really well and Mikey put in a workmanlike performance; both horses look in good shape for Rolex Kentucky. In the advanced Pancho Villa was very impressive, finishing second around a testing course. In the Intermediate Steady Eddie won his division and the two-star horses, Welcome Shadow SBF Cortez, put in great performances too.

Now we are back in PA and the weather is good so we will be putting the cross-country jumps out soon; we’ll let everyone know when the course is open for schooling.

-Boyd
Posted by Amber Heintzberger at 1:12 PM No comments: