Tonight during the USEA Convention an auction took place to raise money for Equine Cardivascular Research. Lessons with several riders were auctioned off, followed by a few items of interest including a saddle pad signed by the members of the Olympic Team that competed in Hong Kong. The top-earning item was a bracelet, donated by Karen O'Connor, made from the tail hair of her four-star pony partner Thedore O'Connor who passed away earlier this year. The winner of the auction, in which bidding stopped at an impressive five thousand dollars, graciously returned the bracelet to Karen.

She may not be an eventer but Silva's lessons have become popular, and she had the distinction of being "auctioned" for the highest price, at $1200 thanks to eventing enthusiast David Jefferey. 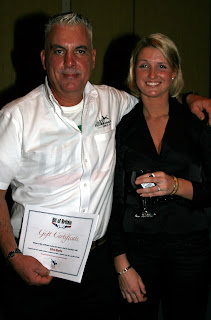 Boyd achieved the second-highest price, of $950, (and for the record, both of them kept their clothes on!), from bidder D.C. McBroom, who bid highly for Silva as well. 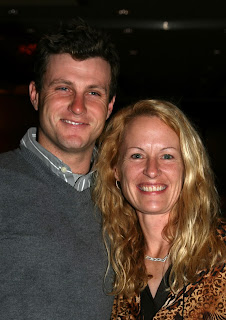