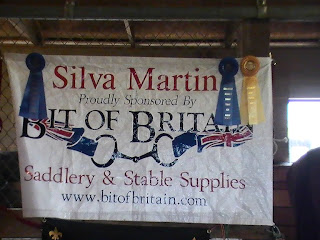 Caitlin and I showed at Morven Park today and yesterday. Jeff was a star!! On Saturday he won the Prix St. Georges with 72 percent and today he did his first Intermediaire 1 and won it with 75 percent!!! I am so excited, not just because Jeff won but because he really felt like an FEI horse. He finally feels strong enough; he has always been a very powerful horse but now he is powerful and collected. I just feel like I have a great partnership with him and I can't wait until he goes Grand Prix! 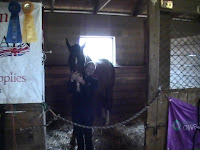 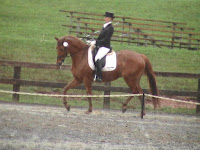 I also rode Ballatale (photo at left) in Fourth, Test 2 on Saturday and he scored 63.8 and finished third on Sunday. He went great and finished second in the Fourth Level, Test 3 with 67.8.

It was a great weekend!