Update on Horses Recovering from Fire 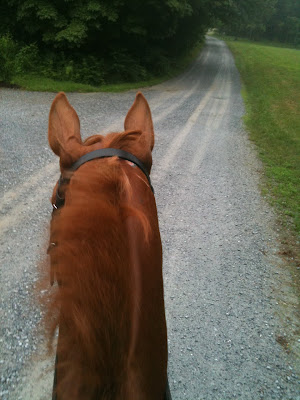 The Best View in the World: Between Neville's Ears

The last three weeks have obviously been a tough time, picking up the pieces and rebuilding from the tragedy of the barn fire on Memorial Day. With the surviving horses from the fire we have had good news and bad news.

I was elated to finally hop on Neville today for the first time; I took him for a 20minute walk. He’s been spending an hour a day in a hyperbaric chamber, breathing pure oxygenated air, at Fair Hill Therapy (link). He got a scope this morning by Dr. Keane, who was astounded at the improvement in his throat. The burns in his esophagus and wind pipe are healing and it’s great to be riding him again.

Caitlin Silliman’s Catch a Star has also been heading to the hyperbaric chamber every day and her burns are healing with every treatment. Her spirits are high and after a few colic symptom scares she looks to be solidly on the road to recovery.

Otis Barbotiere started tack walking a couple of days ago. He has a few tiny burns on his body and his scope looks fantastic. His future recovery looks promising.

Ambassador’s Rose was the least wounded in the fire; she competed at Plantation Field with Courtney Cooper of C Square Farm (link) and was subsequently sold last weekend.

Poor old Minotaure du Passoir has had the most disheartening recovery: late last week he had a violent attack of colic and was rushed back to New Bolton Center where he underwent a brutal colic surgery, which was very distressing since we thought he was through the danger of the trauma. He arrived back home yesterday and the vets are optimistic for his recovery.

I’d also like to take this opportunity to shout out a huge thank you to everyone who has helped Silva and me out through this tragedy. The support we have felt from this country has been amazing: it seems like every person we know has chipped in and helped out from financial aid to the local farmers donating a bit of hay to the blacksmith not charging on the last shoeing and even the local Amish men donating some time to help muck out some new stalls.

Everyone’s support immensely appreciated. It looks as if we lost about a hundred thousand dollars worth of equipment in the blaze, not including the horses, and the fundraising we’ve received is going toward that and the astronomical vet bills of the recovering horses. Every penny makes a difference; I truly don’t know how I would have got through this without the generosity of the individuals, companies, and generally the equestrian community who have given us the encouragement and ability to press on in our quest to continue with the horses.