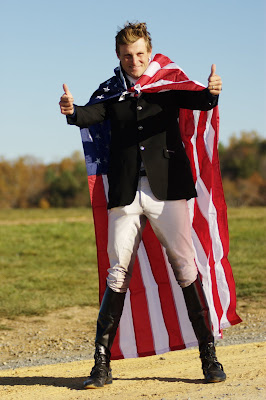 Photo copyright Amber Heintzberger
During the meeting today to announce the US Eventing team heading to the World Equestrian Games I felt like I was on a TV reality show with everyone lined up. Head of the selectors Mike Huber had a prepared speech and read out the names of the team members first, in alphabetical order, and then the alternates. I had a big sigh of relief when my name was called out twice, for the team with Neville Bardos and reserve with Remington XXV. I also felt terrible for the riders who weren’t picked. After the announcement we all gave each other a big hug and then went in to have a private meeting with Mark Phillips to decide schedules for the next couple of weeks.

There was a big question mark in the air whether Neville or Remi would get picked: in my opinion they’re both in cracking form at the moment. I feel like Remi’s five points better in the dressage, Neville’s about 5 time penalties quicker cross-country, and they’re about on par for the show jumping. The selectors never pulled me aside and asked my preference. To be quite frank I’m not sure which one is the best choice, which is a great position to be in.

I have to give a big thank-you to Densey Juvonen, the owner of Remington, who was ecstatic that Neville got picked. We’ve decided that Remington will travel to France to compete at Pau later this year if he’s not required to step in at the final hour for the WEG. Ron and Densey have been so supportive to both Silva and I throughout this whole campaign to get to the WEG over the past two years that I feel like they’re a huge part of Neville’s success as well. They’ve been great supporters of not only their own horse but his wind-sucking stable mate Neville Bardos and they’ll still be in Kentucky cheering us on. 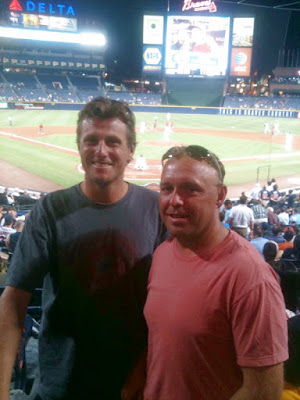 Last night Buck Davidson and I went to an Atlanta Braves game to unwind before the big announcement. Now it's on to the final weeks as I prepare for my first opportunity to represent Team USA!