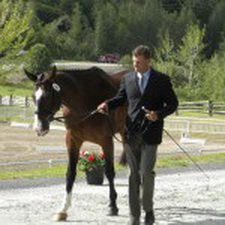 Riding Trading Aces, owned by the Trading Aces Syndicate, LLC, Boyd is fifth after dressage in the CCI*** at The Volvo CCI3* Bromont Three Day Event at Bromont in Quebec, Canada. 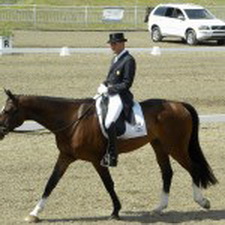 The 26th edition of the event is the final North American outing for athletes trying to make the team for the 2012 Olympic Games. The results of the CCI3* and CIC3* divisions will help American and Canadian Team selectors determine their representatives for London.

American Jonathan Holling of Ocala, FL, sits in first place following the opening phase of dressage in the CCI3* division. Riding Downtown Harrison, an eight-year-old Trakehner gelding owned by Connie Holling, he received a winning score of 46 penalty points, establishing a narrow lead in a starting field of 18 horse and rider combinations.

Tomorrow's ride times are as follows:

Posted by Amber Heintzberger at 8:59 PM