I was really happy with  Debbie McDonald helped me warm up, which was awesome. I felt really confident and felt good. I always rush a little when I go in the ring; I’ve slowed down so much, but watching the video I need to slow down more. I talked to Debbie and Robert Dover, and in the mediums I over-rode, but I nailed the canter pirouettes so much better than last year.

Rosa and I both want to go forward; tomorrow my biggest goal is to slow everything down. Somehow because Rosa is such a big mover it doesn’t feel like we’re going too fast, but it happens so often that I feel like I’ve slowed down, I’m trying to ride my corners and take another breath, and we're still too forward, that I think I have to really “overdo” slowing things down before it makes a difference.

We finished fourth, which is an awesome result, it’s just a bit of a bummer because we scored 68.9 and the winner was 70 – I over rode the medium to extended trot and lot some points there. All the canter work was so much stronger, though, so I’m hoping to improve on our score tomorrow. Debbie said I’ve just got to chill out and try to keep from getting rushed.

I also rode Zoran in the PSG, in the national class, not the CDI. It was his first time at this level and it’s really exciting because last year he only showed training level here! He was spectacular  today and warmed up awesome. In the warm-up he felt like we could do a CDI. He was a bit of a wild child in the warm-up, and I think I warmed him up a little too long as a result, because in the ring he got a little behind my leg. We just had a few green mistakes and finished 7th, with 66%, which is great for his first time at this level.

Kymmy was second in second level, test 3 with 66%. She did some schooling shows in Aiken and has really improved her test. She’s still learning and there’s room for improvement, but it was a lot better than her last time out.so I was happy with it. Her horse isn’t even six years old yet so that was pretty good! 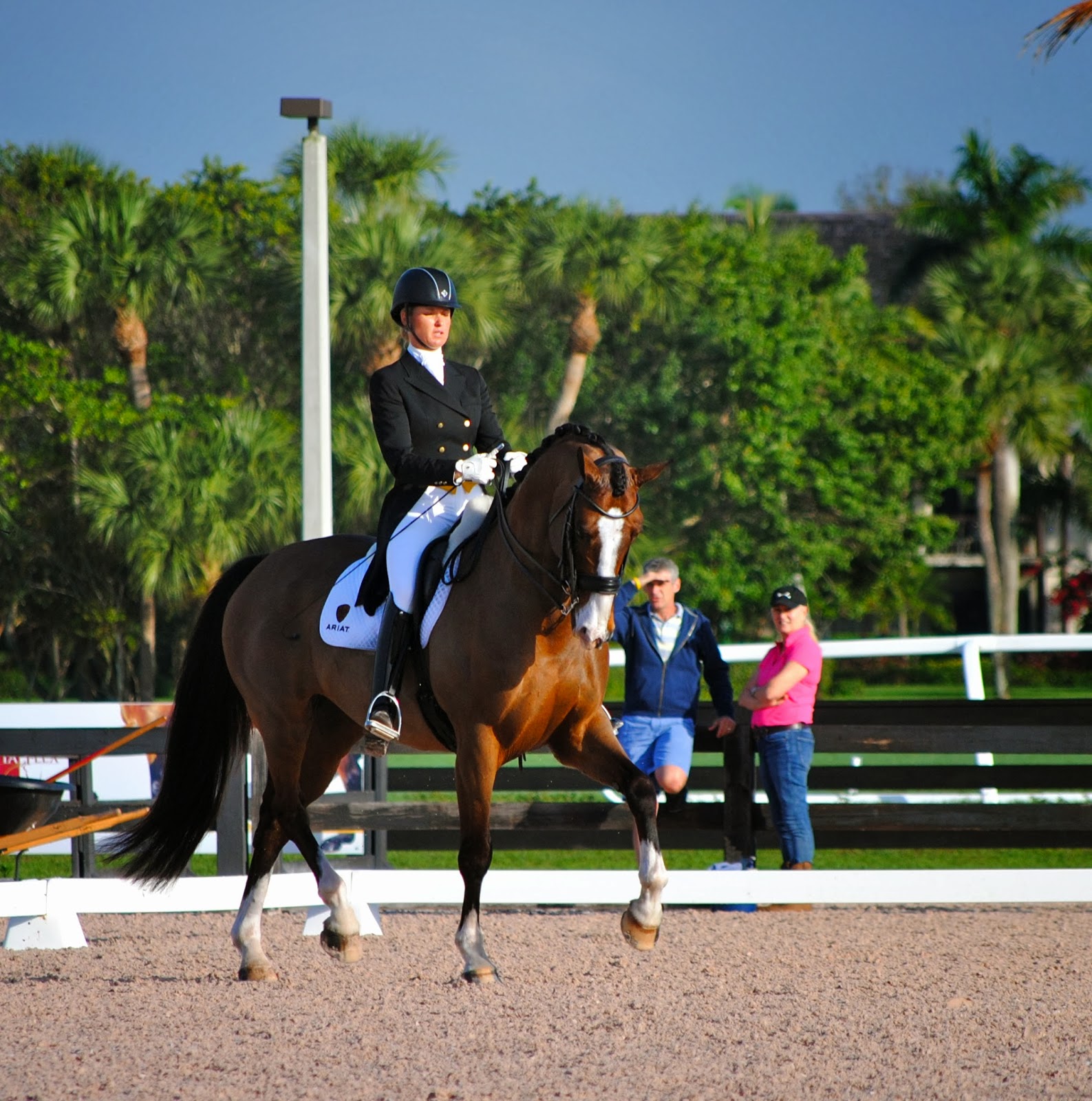